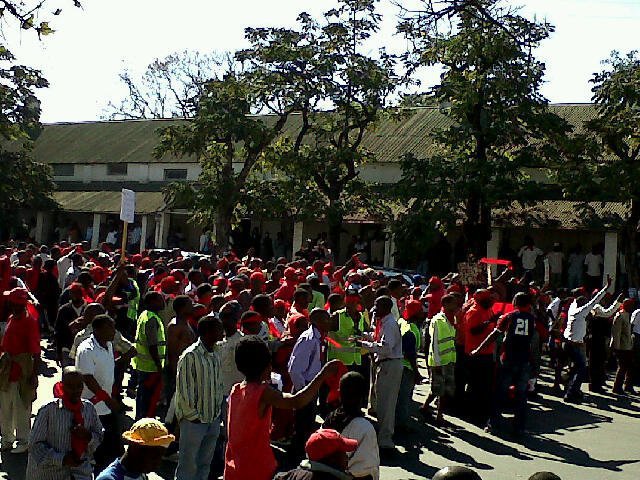 The main organisers of anti-government protests in Malawi have announced an ultimatum for the African country’s president to address their grievances or face more protests.

Rafiq Hajat, director of the think-tank Institute for Policy Interaction, said on Tuesday that Bingu wa Mutharika has until August 16 to resolve persistent fuel and foreign exchange shortages in the country.

He said if these demands were not addressed, protests would begin again on August 17.

A petition presented to the government demands an audit on Mutharika’s finances as well as those of cabinet ministers.

It also asks that state media not be used to threaten those with dissenting views.

Mutharika accused opposition leaders and rights activists on Friday of seeking to stage a coup through the demonstrations, which left 19 dead over two days after police tried to suppress the protests.

More coverage on protests in sub-Saharan Africa
In a nationally broadcast speech, he named leaders who should face “consequences” for the protests.

He reiterated a previous statement that he would “smoke out” the perpetrators of the violence, on Monday.

“Those who did this are thugs and sons of Satan,” Mutharika said, echoing earlier statements.

Many of the protest leaders have since gone into hiding.

“They are in hiding for their personal safety and that of their family’s after the president said he would arrest them,” he said.

Undule Mwakasungura, chairman of the Human Rights Consultative Committee, a coalition of over 80 rights groups which spearheaded the protests, and Hajat are in hiding.

The Public Affairs Committee, an umbrella group of Christian and Muslim activists in Malawi, joined the chorus of international condemnation of Mutharika’s handling of the crisis.

“It was not right for the president to push blame on civil society groups” for the violence, Macdonald Kadawati, the head of the group, said.

“Should government continue to harass people for no proper reasons, another demonstration will be inevitable,” Kadawati said in a statement.

“Our patience is in short supply at the moment. Bullets and tear gas have never triumphed over the will of the people,” he said.

While the military has withdrawn from major cities, police remained on the streets Monday when Mutharika visited shops and businesses that were attacked and looted during the unrest.