“Out of the hundreds of times that I approached women, I never once had a woman respond by getting upset, saying something rude or acting offended.”

Yes, it’s that time once again: The day we feature your dating and relationship questions. Although we would like to answer each one personally and with as much detail as possible, the overwhelming amount of inquiries forces us to highlight those that are most interesting to Face of Malawi readers.
This week’s Q&A explains how to get a woman’s number without even asking for it. David DeAngelo, author of Double Your Dating: What Every Man Should Know About How To Be Successful With Women, has your answers.

Can you suggest how to start a conversation with an unknown woman in an attractive way? Whatâ€™s a good way to start and to get her number?

Thanks, Chisomo. Short and to the point, I love it.

Plus, it’s really the concept you need to wrap your brain around before anything else can happen with a woman, so listen up.

Personally, I remember exactly what it was like years ago, before I learned the secrets of how to start a conversation and get a woman’s number. In fact, I have very clear memories of women who I wished I could find the courage to approach, but just didn’t know how to do it.

Then there were other times when I managed to hem and haw my way into a conversation, found myself actually talking to a girl, desperately wanting to get her number, but having no idea how to make it happen. It was all tragic, but why was it happening to me? I mean, why couldn’t I just blurt out, “Hey, give me your number?”

Here’s why: because I was afraid.

I was a Wuss. I was afraid that I’d say the wrong thing. I was afraid that the woman would laugh and insult me and point me out to everyone like an animal in the zoo. At the time, I assumed that this was some kind of strange curse that only I had. I was a loser who was afraid of women and didn’t know what to say to them, and I was alone.

So anyway, cry me a river, right? There I was, over and over again, in situations where I saw women I wanted to meet but had no clue how to do it. But then I started watching the “naturals” — guys whose success with women seemed absolutely effortless.

Then, like a baby learning to walk, I started trying to emulate everything that they did. I started practicing. Approaching women by the dozens — by the hundreds, actually — thinking of it only as an educational process with nothing at stake.
And guess what I learned: I learned that the terrible things I imagined never really happened.

Out of the hundreds of times that I approached women, I never once had a woman respond by getting upset, saying something rude or acting offended. In fact, the worst-case scenario was the woman just walking away. And like I said, this was the very worst case.

Another important lesson I learned is that when a woman responded this way, it was usually about her — not me. Either she wasn’t a nice person to begin with, or she was unavailable, or she was in a hurry or a bad mood. In other words, it was always stuff that was out of my control.

Bottom line: Your fear of rejection is a waste of time. But even worse, it’s preventing you from having success with women for no reason at all.

OK. Now that we have the deep, psychological stuff out of the way, here’s the easiest way to get a woman’s number: Don’t ask for it. You heard me. Don’t ever ask for her number. Ask for her e-mail instead. It’s mind-blowing, but true: Most women will give you their e-mail address after only a minute or two of conversation. Why? Because it’s low risk. It’s less personal. Almost business-like.

So here’s what I want you to do: Ask a woman one question and one question only to start. That question is: “Excuse me, do you have e-mail?”

When she inevitably says, “Yes,” say, “Great, give it to me, I’d really like to send you a quick message.” Then pull out a pen, and hand it to her.

Probably halfÂ  the time, a woman will just write down her e-mail for you at this point because she’s curious, taken by surprise or intrigued. But of course, sometimes you’ll meet with resistance. Here’s how it might go down: The woman will say something like, “What? I don’t give out my e-mail to people I don’t know,” or, “I don’t even know you,” and so on.

This used to stump me, until I found a simple solution. Just hold out the pen like you’re asking for her autograph, and say, “Come on. Write it down.” If she keeps resisting, say, “It’s OK. I promise I’ll only e-mail you, like, every five minutes for the next month.”

At this point she’ll be off balance and amused. Flattered, she’ll probably laugh. It works like magic. Then, as she’s writing down her e-mail, just casually tell her to write her name and number down too.

Above all, while all of this is happening, don’t “ask her out.” Don’t tell her that your mum is going to love her. Don’t ask typical stupid questions like, “Do you have a boyfriend?” At this point, the only thing you want to do is get her information.

Too many guys make the mistake of talking about going out on a date, being interested and so on. This creates pressure and resistance, and there’s zero mystery or tension created when you do this stuff.

Like I always say: Get her number and get out.

Oh, and then go out and get a dozen more e-mail addresses.

I’m a 27-year-old woman, and I’m looking for some help. I’ve already been through a long series of first dates, yet all I get with a guy is a single date. After that, they somehow vanish into thin air. You can’t even begin to imagine how this has damaged my confidence. If there is a way that you can help me I’d be very grateful.

Thanks for writing, Someday. Love to hear from women.

Now, I could go on and and on about the reasons a woman can’t get a guy to call her back or hit her up for a second date, but it’s really not my area of interest so I’ll make this quick.

If a guy vanishes into “thin air” after a date with you, that can only mean one of two things:

1- He’s not physically attracted to you.
I’ve said time and again, the reasons men feel that first spark of “attraction” are almost purely physical. Visual. If a guy isn’t turned on by what he sees, there’s a good chance he’ll lose interest and move on, unless there just aren’t many other opportunities for him to get dates out there.

2- Your behaviour scared him away.
Do I really need to elaborate? Sometimes, some women can get freaky right off the bat. Too clingy. Too insecure. Too jealous or suspicious. Even if a guy is feeling it physically, it is possible to come off so scary that he just can’t hang.

OK, Someday, time to get brutally honest with yourself. Does any of the above sound like you?

If you are seriously looking for a relationship try out our Online Dating Website at Malawi Soulmate – www.malawisoulmate.com

Have a Wonderful weekend.

David DeAngelo is the author of the book Double Your Dating: What Every Man Should Know About How To Be Successful With Women, and several other products that can help men become more successful with women and dating. He also publishes a free online Dating Tips newsletter,Â 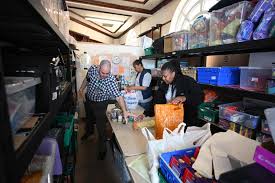 UK TO USE FIREFIGHTERS TO DELIVER FOOD, COLLECT BODIES IN CORONAVIRUS CRISIS

Hi looking for any women contract me any time