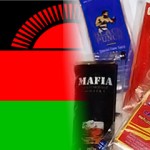 After having gone on a sabbatical leave, hibernating beneath the rocky Hora Mountains in the terrains of mbelwa, I decided to bid farewell to my beloved friends in the rocks (darkness and loneliness).
This was however not because my ‘Hell’ was too hot, rather it was my drink, my concoction, the masese poison brewed in the dusty industrial area of Kanengo.
Upon reaching the usual rendezvous, I placed for my usual bitter order when Comrade Nana alighted on his Humber bicycle. “Osamangomwa nokha, tigulireniko ka KD (kadasana) ka K50 basi” (don’t just being drinking by yourself, buy me some k50 worth’s of powers kadasana only) Nana yelled.
Being a Comrade in need coupled with the loud statement, I felt shy and later comprehended to buy him the K.D.
We jostled and joked as usual, catching up on the gossip I had missed and the number of friends that had died in my absence. It was at this point that I was startled to hear of the hit and run accident in which our other imbiber Ngoni was involved in as he was returning to his base; Mtandire.
“A Aub (Aubrey) tayezani ka k50 ko kaa!!” (Aubrey come on ready get a move on and pour me K.D for k50) shouted Nana in his Sena accent.
We all laughed at his request for not being honoured but also his eagerness to quench his dry throat with such a drink.
“Kodi Big man, have you heard what this little boy is planning to do on the 17th?”
I was taken aback, as I juggled to interpret what he meant and which little boy this could be.
With burning curiosity and the urge to squeeze water from this stone, I ordered another round for Comrade Nana, this time for k100 plus a bonus of his favourite Kings cigarette.
Stories and commotion of the 20th July Mass demos are gone and yet brewing anger for the upcoming purported 17th August demos is slowly heating.
My Comrade Nana divulged the juicy gossip that one dubious lawyer is toiling day in and night out to apply for an injunction against the planned march, not during the day, rather in the middle of the night under the pretext of protecting common imbibers.
I laughed my lungs out at the planned failed coup of justice considering the type of fruitcake (lawyer) involved to fight the course of justice.
In my drunken state I conquered with friends that it is such type of mediocre ideologies that cost the lives of other innocent Malawians as experienced on the 17th of July.
Dialogue must be key in the problems rocking our country, for it is better to “Jaw Jaw than to War War”.
I sipped my masese packet in readiness for my departure, but my interest was to whom this lawyer is answerable, who has sent and paid him, who is he representing in the quest of upholding freedom and justice for the rural masses.