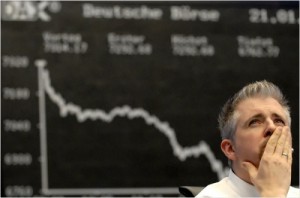 The big question that needs to be asked is; are donors with holding aid because they are truly concerned about the well being of Malawians or are they using the current situation as an excuse not to give us money because they simply cannot afford to give us money, due to their own economic problems.

Look at the United States of America, Barack Obama had to fight tirelessly to have the country’s debt ceiling (the maximum amount the government is allowed to borrow), raised so that the government would have enough money to finance its budget, and now the U.S national debt stands at $14.5 trillion, at least we have a zero deficit.

Even Europe is in trouble, the European Union recently had to bail out (loan money), Greece, Ireland and Italy to prevent their economies collapsing and taking the euro currency down with them.

So with the financial situation of most of our donors, would it not be possible that they are just using these petty governance and economic issues to withhold aid and save much needed money. It is common sense that if someone is broke then they will be less capable of giving handouts to the needy.

Another point is that western countries are two faced; they say Bingu is a dictator and violates human rights, yet they tolerate regimes like Saudi Arabia, Israel, who are by far the two biggest human rights violators on the globe. The reason they do this is because Saudi Arabia has oil, and Jews have a large share in the U.S economy and have very influential roles in society, while Malawi is just a poor country with very little valuable resources, if they withhold aid they lose nothing.

By The Economist Socialist