By Our Correspondent
The news that the Civil Society has postponed a vigil set for August, 17th 2011 is commendable.
Although many helpless citizens are feeling let down, it is imperative to be seen to be accommodating.
Bingu went berserk yesterday campaigning against the vigil in townships from Chilomoni, Nkolokoti, Bangwe and Chilombe in Blantyre instead of just responding to the July 20th Petition presented to him via District Commissioners of Lilongwe, Mzuzu and Blantyre. In fact Bingu was contradicting himself during the campaigns;” I do not live in the streets but State House in Lilongwe.” If that were the case why not conduct his campaigns from the State House?
It is obvious that the problem with Bingu is his mindset. He was born with a retrogressive mindset. It was also difficult to listen to Bingu speak in the past. He was making reference to the attainment of food security and delivery of antiretroviral drugs main reasons why citizens should not attend the vigil. No, Mr. Bingu human beings do not need to be reminded of the past. By nature human beings are wanting animals therefore any gain today is forgotten tomorrow. This is exactly what Mr. Maslow published so many years ago that human beings are wanting animals.
Human beings have a pyramid of needs which need to be satisfied in an orderly fashion. You as president cannot be talking about food security as if food security was the only reason for existence. With the postponement of the vigil by the Civil Society Leaders today to the 17th September, 2011, Bingu and Callista will have a peaceful sleep to night.
This is commendable for the Civil Society Leaders to give negotiations a chance. It is obvious that in spite of wasting public funds, Bingu never responded to the petition. To him it is the Civil Society Leaders who are wrong and he right.
Thanks to Bishop Zuza for asking all Malawians for practicing the blame game. Everyone must take responsibility for contributing to the instability in the country with Bingu takes more. The man of God was right. Bingu forgot that as Head of State whatever action or decision he took was a moral lesson to Malawians. After he became president he saw the need to establish an ethnic grouping for his tribe Mulankho. Instead of leaving heritage leaders to lead, Bingu decided to head himself as patron. And everyone knew that the aim of the ethnic grouping was for Bingu to promote his tribe so he did by promoting all educated Lomwes to senior government positions, gave public funds to friend to operate businesses and all government tenders were awarded to these protégés. Later he offered a government employment contract to his wife for a job that is not in the public service. Citizens were observing all this. Then came the construction of Ndata Farm House. Bingu though caution to the wind and employed Mota Engil a Construction company from Portugal which was already doing government roads to build the house. Who one needs a lesson in corruption. Every Malawian knew that Malawian were paying for the construction of the house through inflated road construction bills. Therefore, the postponement of the vigil by the Civil Society Organizations is a tactical decision.
It is important to give diplomacy a chance. The church in Malawi will bear witness. If Bingu continues to be elusive with explanations through the dialogue committee, the next step should be to demand for a referendum for Bingu to realize that he no longer has 2.9million votes in Malawi. On the 17th September, the Civil Society Organizations should call for 1.0million vigil to polarize the economy. Congratulations Civil Society Organizations keep sustaining the pressure until Jesus returns. 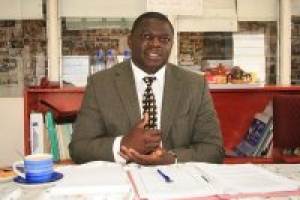 Robert Mkwezalamba one of the vigil organizers

A young female student has gone viral after she...
FaceofMalawiNEWS