LINDA GASA’S KILLER STILL ON THE RUN, ONE YEAR ON 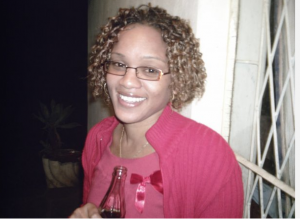 One year ago a pregnant Zimbabwean accountancy student, Linda Gasa (25) was murdered by her married lover in Malawi and buried in a makeshift grave in a private cottage. The lover, businessman, Misozi Chantunya, fled. He has not been seen since. Despite reported initial sightings in South Africa and Cuba the fugitive has vanished into thin air. Malawi police and Interpol say they are hunting him down and will bring him to justice. But many Malawians say the case has gone cold because the killer is well connected to the political and legal establishment in Malawi. “This guy should never have been allowed the leave the country. But because of the people he knows he bribed his way out of the country. The police looked the other way and only appeared to be frantically looking for him when they knew he was gone,” a source told a Malawian newspaper last year. An investigation was done to determine how exactly how he left the country. The probe scrutinised the conduct of both police and immigration officials who came into contact with Linda’s killer. But few Malawians believed anything will come of this investigation. Indeed, nothing came out of it. Many pointed a finger at the President’s daughter, Duwa who they believed facilitated the escape of Misozi Chanthunya, Bingu’s daughter, Duwa Mubaira who is Managing Director of The Guardian tri-weekly newspaper has denied being involved. She said the accusation depressed her. “It put me in such a deep, deep depression that I honestly for a moment thought of eaving my beloved country. Mr Chanthunya’s wife, Prudence and I were friends, when the story was broken about what was happening we had taken another friend out of the hospital and we found out the whole story together,” she said. “But for me to help somebody accused of murder to leave the country it’s so ludicrous,” she said. Linda was finally buried in Harare and her parents are fighting for justice. They say they will not rest until their daughter’s killer is found and punished.

NIGERIA - young man in Imo state has been arrested...
FaceofMalawiNEWS