One of the premier junk journals – the Groan – has a good example of the type of harms done by pop economics.

the example of chemical fertiliser is used by economics teachers around the world to demonstrate the law of diminishing returns. Fertiliser reduces soil fertility because chemicals push soil micro-organisms to consume organic material. If nothing is added to replenish this organic supply, the plant has even less to draw on than before. As a result, the frequency of fertiliser application tends to increase and the cycle of needing to provide another nitrogen fix escalates as the soil fertility decreases.In short, whether because of market forces or the facts of chemistry, the cost of delivering the subsidy programme will spiral.

Proponents of the programme rightly point out that there is hardly an uncultivated piece of ground in Malawi — a small country with a large and extremely poor population.

Chemical inputs, they say, are necessary to replace soil nutrients lost to excessive cultivation over time.

But this reasoning overlooks the way Malawians farm, as Johann van der Ham of Foundations for Farming explained. “Since colonial times, Malawians have been taught to farm on ridges, which are usually hoed by hand to reduce soil erosion.

However, there is a growing appreciation of the fact that this practice ultimately contributes to soil degradation and, when paired with the practice of slash and burn, the result over time has been extreme degradation.”

Foundations for Farming, a smallholder farmer outreach organisation started by Zimbabwean super-farmer Brian Oldreive, is one of several organisations in Malawi advocating a change in methodology from ridge planting to what is widely known as conservation agriculture.

It is a startlingly simple system — one does not plough or hoe the land in advance of planting, instead covering the ground in a mulch of grass and twigs so that the soil retains moisture. The mulch also stifles the growth of weeds. When the time comes for planting, one simply scoops away the mulch at regular intervals, digs a series of shallow holes and drops in a few seeds. If a farmer is also taught composting techniques, or how to plant nitrogen-fixing plants such as Tephrosia vogelii, the system requires little in the way of chemical inputs.

Carting in massive amounts of organic matter from elsewhere – the mulch of grasses and twigs suggested in the article – increases SOM in one place by decreasing it in another. Enriching one place by impoverishing another is nuts, but it precisely fits the Groan redistributionist mind set.

To do real agronomic improvement one needs to grow more organic matter rather than cart it in from elsewhere, and retain more of the carbon in the soil year over year. The combination of best practices using fertilizers and no-till cultivation does this without ruining land elsewhere. Happily, as the soil improves, less fertilizer is needed since it is used more efficiently.

In the end, no matter how good your agronomic practices, the limit is that whatever is removed from the land as a crop must be replaced in order to avoid degradation. Replacing lost nutrients and organic matter with materials stolen from other land only works if you have a lot of fallow land to exploit, and even then only until that land is denuded. There’s no free lunch, but their is crap economics. 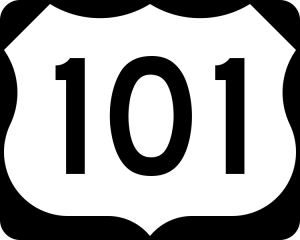