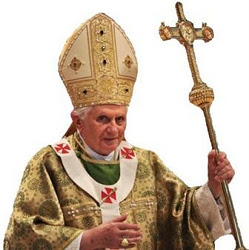 The Catholic Church in Mzuzu Diocese (Malawi) marked the golden jubilee since its creation as a Diocese.
The long-awaited golden jubilee celebration of the Diocese of Mzuzu was marked at the St. Peter’s Cathedral on November 5.
The Eucharistic celebration was presided over by Bishop Joseph Zuza of Mzuzu Diocese who is also the Chairman of the Episcopal Conference of Malawi.
The Prefecture Apostolic of Northern Malawi was erected on 18th May, (Decree 8th May, 1947). It was a division of the Vicariate Apostolic of Malawi. On March 3rd 1961, the Prefecture was raised to the status of a Diocese.
During the colorful Eucharistic celebration, various African tunes, mainly in Tumbuka, one of the widely spoken languages in the region, were used.
In his speech, Archbishop Nicola Girasoli, current Apostolic Nuncio to Zambia and Malawi, commended Bishop Zuza for strong pastoral initiatives to serve the people in the region and especially for his timeless in priesthood pastoral work. He said, Monsignor Zuza has been a shepherd since 1995.
Nicola said during these years of visiting Mzuzu the Diocese has been very well managed and very well organized. He thanked Zuza for the help and concern shown in the establishment of the new Diocese of Karonga. He said the celebration of this golden jubilee is a witness of accomplishment and growth of the Catholic Church in Mzuzu Diocese and the Catholic Church in Malawi. He asked the Catholic faithful of Mzuzu to continue supporting Karonga Diocese to grow and to help for the settlement of the diocese and also for the priests to serve better the people of this region.
The Diocese of Karonga covers districts of Chitipa and Karonga, ecclesiastically what was the Northern Deanery of the Diocese of Mzuzu. The Diocese of Mzuzu, remains with Rumphi, Mzimba, Nkhatabay and parts of Kasungu.
The Nuncio urged the Catholic Community especially the laity to always remain united to the Church. It is unity that can make us grow more in this country.
“Sometimes when we see things not going very well or according to our expectations the temptation is to leave our Church. Sometimes even within our communities, our parishes and dioceses we face difficulties but we need to be very hopeful,” he said.
“Indeed, we have complete reasons nowadays to be discouraged, poverty, unemployment, sickness, and shortages of finance means difficult to find the right way for improving it,” he said.
Girasoli adds Christians ought to be always grateful to the Diocesan Priests, Religious Priests and Missionaries because through them and with them we have the celebration of the Holy Eucharist and the sacrament of reconciliation. He also thanked the Consecrated Women (Religious Sisters) for the tremendous work they are rendering in the Church.
Addressing the same congregation, Vice Chairman of ECM Thomas Msusa Bishop of Zomba Diocese, congratulated the Diocese of Mzuzu for clocking 50 years of evangelization especially for reaching that pick of preserving the faith in Jesus Christ for the last fifty years.
During the celebration the Papal Nuncio to Malawi and Zambia His Excellency, Nicola Girassoli honored two families and eight others from Mzuzu Diocese for commitment and long service.
Also, a papal congratulatory message to the Church in the Northern region was delivered to the congregation.
Pope Benedict XVI message was conveyed to the Church in Northern region by the Papal Nuncio to Malawi and Zambia His Excellency, Nicola Girassoli. It was read by the Charge’D’affairs to Malawi Monsignor Hubertus Van Megen.
During the function the Chairman for ECM, Bishop Joseph Zuza officially announced the hosting of the 18th AMECEA Plenary in 2014 to be held in Malawi. He asked the congregation to work together to ensure that the 2014 Plenary be successful, honorable and also memorable. The Catholic Secretariat will spearhead the preparatory work for the event.
He also announced the departure of H.E. Nicola Girasoli who is expected to leave the two countries he was serving (Zambia and Malawi) early next year. In addition, Zuza said the Holy See has appointed the Apostolic Nuncio in the Caribbean Region and Apostolic Delegate in the Antilles. The Chairman extendeded heartfelt thanks to H.E. Nicola Girasoli, for the excellent services he has rendered to the Catholic Church in Malawi.
On behalf of the Zambia Episcopal Conference, we hereby extend our most sincere congratulations to the Bishop-Elect Mons. Clement Mulenga and assure him of our fervent prayers and support. At the same time, we hereby also register our heartfelt thanks to H.E. Nicola Girasoli, for the excellent services he has rendered to the Catholic Church in Zambia.
Present at the function were the Papal Nuncio to Malawi and Zambia His Excellency, Nicola Girassoli, all the Bishops of Malawi, Auxiliary Bishop of Chipata Benjamin Phiri (Zambia), Charge’D’affairs to Malawi Monsignor Hubertus Van Megen and Bishop Fanuel Magangani (Anglican).
SOURCE: Communication office -Malawi