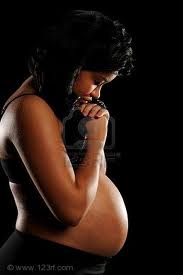 When she found out she was pregnant after being forced to have sex with her mother’s middle-aged boyfriend, 14 year-old Mercy took his advice. She secretly went to see a traditional healer who gave her a bitter concoction of powdered roots to swallow. Two days later, she began hemorrhaging heavily. She was rushed to the Central Hospital in Lilongwe, Malawi’s capital, where she was given emergency medical care that saved her life.

“I am very happy to be back in school and that my mother has left the man who made me pregnant”, says Mercy with evident relief in her voice.

But others have not been so lucky. A recent survey reveals that unsafe abortions are killing three women and girls daily in Malawi. Its findings show that half of all women seen in post-abortion care are under 25. According to the A Strategic Assessment of Unsafe Abortion in Malawi, poor, rural young women, including girls as young as 12, are bearing the brunt of its deadly unsafe abortion toll.

The report, which was conducted by the Reproductive Health Unit (RHU) at Malawi’s Ministry of Health with the assistance of international bodies including the World Health Organization (WHO) shows that alarming numbers of women and girls continue to die despite loud promises to achieve the United Nation’s Millennium Development Goal (MDG) 5 by 2015. MDG 5 is supposed to reduce maternal mortality by 75 per cent and achieve universal access to reproductive health.

The report notes that in a village near the former capital, Zomba, a local chief reported the death of 8 young girls linked to abortion complications within four months as the survey was being carried out. Another village chief, near Mulanje, reported the death of 5 girls from unsafe abortions in the same period. In a single month, 4 abortion-related deaths were also recorded at Queen Elizabeth Hospital in the commercial capital, Blantyre.

Over 20 women and girls are being killed and maimed weekly because they lack access to legal abortion which is prohibited under Malawian law, a relic of the British Offences against the Person’s Act of 1861. It was introduced when Malawi was under British colonial rule between 1891 and 1964.

Section 49 of the Penal Code says anyone administering abortion is liable to imprisonment for 14 years, while Section 150 indicates that any woman who solicits an abortion is liable to 7 years incarceration. Abortion is only allowed when a woman’s life is in danger. It requires the endorsement of 2, independent obstetricians and the consent of a spouse before it can be performed. It is out of sync with many international agreements.

And the ban is failing to prevent women and girls like Mercy from trying to end unwanted pregnancies. The report shows that there is a well developed black market for abortions in large cities including Lilongwe and Blantyre where they are carried out secretly in both private and public clinics. It estimates that 110,000 women have an abortion every year. Of these, 38,000 are treated for serious complications linked to unsafe abortion methods. The current average cost of a safe abortion is 5,000 Malawian Kwacha (US$33).

The report says, lack of access to information and availability of safe abortions in their regions means rural women and girls would be forced to pay double or triple the average cost of an abortion. As they struggle to even buy basic food, most are left with little choice but to seek potentially life threatening abortions from traditional healers and back street abortionists.

Early marriage and child bearing, inadequate knowledge of sexual and reproduction health, lack of access to health services and low rates of contraceptive use make Malawi’s teenagers particularly vulnerable to sexual and reproductive health problems including complications linked to unsafe abortions.  According to the report, about a third of adolescents aged 15-19 years surveyed reported having a close friend who tried to end a pregnancy. So did a fifth of teenagers aged 12-14. Like most women in Malawi, they have little or no choice over when or how they become pregnant.

According to the report, unsafe abortions account for 18 per cent of all maternal deaths and are the leading cause of obstetric complications. Malawi’s strict anti-abortion law, traditional cultural practices, which subjugate women and expose young girls to unsafe sex and deeply conservative, Christian society where talking openly about sex remains taboo, are partly being blamed for the high botched abortion fatalities.

The costs of unsafe abortions which can include swallowing crushed sisal leaves and fish poison and inserting cassava sticks into the vigina can be high. The healthcare bill to deal with abortion-related complications including perforation, haemorrhage, organ failure, and incomplete terminations can be up to 4 times what it costs to provide family planning services.

Significantly, in rare instances when abortions are reported to the police, cases are frequently dropped without investigation or prosecution. Many police officers interviewed for the report said they did not know what constituted legal abortion in the country.

The survey was carried out because abortion-related complications are the 4th commonest cause of maternal deaths in Malawi after postpartum haemorrhage, post puerperal infection, eclapmsia and severe pre-eclapmsia. The country has one of the highest maternal mortality rates in the world – currently estimated at 607 per 100,000 live births which it is currently tackling with notable success.

“The attempt to address unsafe abortions requires evidence that it is a major problem by giving data on its magnitude. It is our hope that the report will make people agree that there is a problem. Other countries that have had this problem such as South Africa and several countries in Europe, have found that the problem can be significantly reduced by supplementing family planning with the option of safe abortion,” says Dr Chisale, Director of the RHU.

“We know that this is an election issue. Elections are due in 2014, so it is not our wish to over stretch our luck by pushing too much at this time. The plan is to do advocacy with community members before approaching the presidency. We want the message to the presidency to come from the electorate,” adds Dr Mhango.

Seodi White, Executive Director of Women in Law in Southern Africa-Malawi (WILSA-Malawi) whose mission is to improve women’s human rights legally and socially, argues that the United Nations Committee on the Elimination of Discrimination against Women (CEDAW) implies that the denial of medical procedures needed only by women is a form of discrimination against them. Her organization is advocating for reform of abortion laws and policies in a bid to expand access to safe abortion and increase awareness among stakeholders and within Malawian society.

“The current restrictive legal and regulatory framework is driving women to undertake unsafe abortions that are often fatal. It is contributing to the infringement of women’s right to life as well as their dignity and bodily autonomy. The need to increase women’s access to safe, legal abortion is essential for the reduction of unsafe abortions,” she says.