If All The Human Race Had Perished

They live where we live and move where we move. They steal the grain from our fields and take their own measures from meals we have not yet finished eating. They seize our roofs, our railroads, and our drain pipes for their homes. Their chatter, as the rain, is little heard till it falls silent. When we kick them from our path, they scatter without fear, then quickly reappear. We have so much they need, and we have known them of old.

They were never summoned. They will never leave.

Tom came into the lab last Thursday as I was carefully rolling up a small sheet of cotton, shaping it into the right form to place inside the skin of a Rose-breasted Grosbeak. I couldn’t see the specimen he was about to start on, and I have an everlasting curiosity about what that man holds in his hands. So:

“Are you working on another African bird, Tom?”

In response he made a strange sound. It was the amused noise a person makes when he is about to tell you a riddle whose ingenuity pleases him. “Mmm. Yes! But not a native one. It’s a bird you know very well, in fact.”

In fact, it was. It was a bird you know very well, too. There is very likely one present within a few hundred meters as your eyes skim over this paragraph, chipping tirelessly in your eaves with a sound like comfort and rebuke, clinging to the side of your building, bathing in the dust next to your street, or shitting extravagantly on the floorboards of your back deck.

It was a House Sparrow (Passer domesticus): a bird that is as common as dirt and only little more loved, perhaps because its personality reminds us of the worst aspects of our own nature. Though small in size, House Sparrows are bellicose in spirit—to protect their territory and their food they have, like some of us, the will to murder those more vulnerable and more rare. (They have been known to smash the eggs and kill the nestlings of competitors with their thick, finchy bills.) They lodge in nest boxes put out for more desirable confreres. They deluge and denude bird feeders, like plagues of locusts. They are like flies—ubiquitous.

What was noteworthy about this particular House Sparrow was that it had been collected in a surprising place. It hadn’t spent its life in any of the countries of Europe or Central Asia that have been its native habitat for millennia. And it wasn’t a specimen from North America, to which the species was introduced in small numbers in Brooklyn nearly two hundred years ago and across which it has since spread like a stampede. (As with some human newcomers, the House Sparrow’s arrival in America provoked a storm of avian xenophobia. But the bird itself has never spent a single breath on the worried contemplation of the difference between integration and assimilation. It quickly and simply chose occupation.)

No, this particular House Sparrow—as Tom explained, solving the riddle—had come back to the Field Museum from a research trip he and a few other Bird Division colleagues had made to Malawi.

Malawi is an African country of mountains, mists, and forests that is hugged, like the protesting head of a little brother, between the broad shoulders of Zambia, Mozambique, and Tanzania. Its House Sparrow community, along with those that are now established in a host of neighboring countries, originated from the introduction of several small populations of birds to the coastal regions of South Africa around the turn of the 20th century. After landing in places like Cape Town, Durban, and Zanzibar—either stowaways or pets that traveled side by side with sailors on trading ships—the new immigrants came onshore, began to breed, and slowly spread inland.

Today, House Sparrows live in Malawi just as they live virtually everywhere in the world—as close to us as possible. Human settlements provide these birds with ready sources of food and an abundance of appealing nesting places. Passer domesticus is not exactly an obligate commensal (a species whose very survival depends on the benefits it receives from another organism), but it is vastly more likely to be found in proximity to people than it is to take its chances in open country.

Most House Sparrows are so spoiled by the year-round food supply our cities provide and the warm, protected cavities they find everywhere in our architecture that they have even forgone their old migratory tendencies. They are like distant relatives who, unaccompanied by invitations, came to visit with us for a week, remained a month, then three, then six, and now spend all four seasons snoozing on our sofas.

Although they still seem ubiquitous to most of us in this country, House Sparrow numbers have actually been falling for several decades in much of Europe, some parts of Asia, and the United States. And given their intimate connections with humans, many of the proposed reasons for House Sparrow declines have to do with changes in how we live.

We use more pesticides in our agriculture, killing the insects nestlings rely on for food. We spill less grain and spread fewer weed seeds when we harvest crops, reducing food supplies for adults. The feral cats and metropolitan raptors that also inhabit our cities prey on House Sparrows. There is even some speculation that leaked electromagnetic radiation from cellphone towers could be having negative effects on the health and reproduction of many urban species, including this one.

They were never summoned; they will never leave. But they are not invincible. 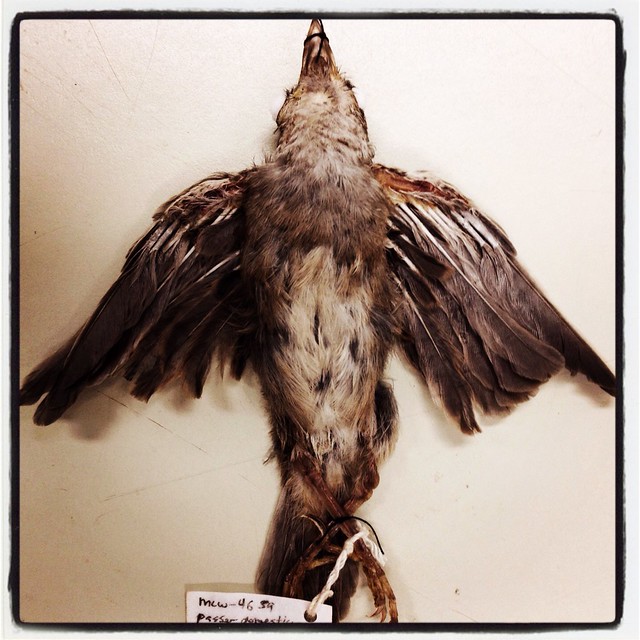 The 19th-century American naturalist Wilson Flagg, finding himself in what seems to have been a grimly apocalyptic mood some decades after the House Sparrow made its way to these shores, mused upon the unexpected comfort such an obstinate intruder might bring:

…since our people are resolutely bent on the destruction of our native birds, it may be fortunate that there exists a foreign species of such a character that, like the white-weed and the witch-grass, after being once introduced, they cannot by any possible human efforts be extirpated. When all our native species are gone, we may be happy to hear the unmusical chatter of the House Sparrows, and gladly watch them and protect them, as we should, if all the human race had perished but our single self, welcome the society of orang-otangs.

If Flagg is right, we would do well to keep one wary, sympathetic eye on the shadow-companions who came, and stayed, and bound their fate to ours.

Previous articleEconomy of Malawi
Next articleThe Green Revolution: A Panacea or a curse?