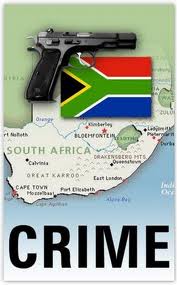 South Africa is the only country where one is more likely to be murdered than to be killed in a road accident, an SA Institute of Race Relations (SAIRR) survey has found.

“That our murder rate exceeds killings on the roads does not mean that road fatalities are low, only that our high murder rate is even higher than our high road fatality rate,” researcher Kerwin Lebone said on Monday.

The study was based on information from the road traffic corporation and the police for the 2010/11 financial year ending last March.

“International data shows that the rate of road deaths is always much higher than the murder rate throughout the world,” Lebone said.

In the United States, for example, road fatalities accounted for three times more deaths than murder.

Only Limpopo and Mpumalanga came close to the international norm, with twice as many people killed in road deaths than through murder.

According to the survey, the murder rate declined seven percent on the previous year.

Data showed that the proportion of people murdered had halved in the 17 years since 1994.