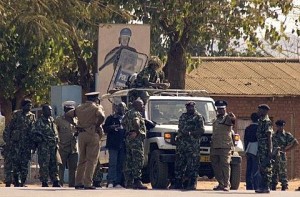 Four women have been murdered in Biwi township un the Capital City, Lilongwe. The deceases have not yet been identified as police investigations are still underway. The murders are said to have taken place Sunday night.

This has happened just after police arrested 8 bandits who were suspected to have been involved in a series of robberies and rapes that haunted the township.

On the same note, 2 men died in Mchesi on Saturday evening following heavy rains that caused a lot of houses to collapse. The two are alleged to have been in their homes when the houses collapsed on them. Among other damaged properties are, water pipes that supply water to Kawale, Biwi and Mchesi townships, electricity poles, homes and bridges. This has caused havoc in the townships as people are scrambling for water from the leaked pipe to supply their homes as there has been a an outage over the weekend due to the leakage.