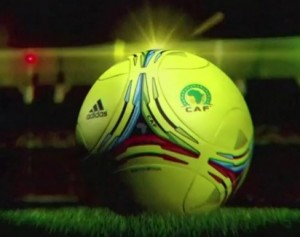 Gambia is facing several absentees in the team ahead of their game against the Fennecs of Algeria.

Goalkeeper Pa Dembo Touray, who recently signed for Santos Cape Town in South Africa, has asked to be excluded from the 2013 Orange AFCON qualifiers in order to ease his integration in his new club. Abdourahman Dampha also made the same plea having also changed club, leaving Swiss club Neuchâtel Xamax for a Croatian team. Defender Lamin Samateh who plays for Lokomotive of Zagreb in Serbia is still recovering from injury.

Finally, Sainey Nyassi who plays for New England Revolution in the US championship has to make a choice between the Gambian national team and that of the United States. The midfielder who played the 2007 FIFA U-20 World Cup for Gambia is now eligible to play for USA for whom he has just been accorded resident status. Meanwhile, his brother Sanna will be among 15 other players playing out of Gambia who will make the Scorpion squad and includes Ebrima Sohna, Aziz Corr Nyang, Ousman Jallow and Momodou Ceesay.

Chad: The Sao is training in anticipation of its match in D’Djamenda against Malawi. The team coached by Modou Kouta has undertaken a two-week training with two training session daily. The Chadian team and the opponents met twice during the 2012 Orange AFCON qualifiers. Having conceded a 6-1 defeat in the away game, the Chadians held the Malawians to a 2-2 draw on the last day a result that stopped the latter from making the Gabon and Equatorial Guinea finals. Many foreign based players such as Mahamat Labbo, Marius Mbaiam (France), Jules Hamidou (Switzerland), Ngar Ezechiel (Tunisia), Djime Nam Leger (Egypt) and Kevin (Belgium) are expected to reinforce the team.

Malawi: Coach Kinnah Phiri has warned his international players from the South Africa league that there will be no blank check, but only the current form will be considered when he picks the team for the match against Chad.

This message will be of concern to striker Chiukepo Msowoya recently put on loan by his club Orlando Pirates. Others who might be concerned are Platinum Stars midfielder Robert Ngambi, the duo of Peter Santos and Tawonga Chimodzi Mponda, Moses Chavula of AmaZulu and Davie Banda of Black Leopards. Chad is not a happy hunting ground for Malawi and the memories of the last visit will be fresh in The Fames’ mind. It was against Chad in October in the last qualifier for CAN 2012 finals that Malawi conceded a late equaliser in added time that would deny them a place at the finals. That 2-2 draw opened the door for Tunisia to qualify alongside Botswana from the group. All Malawi needed was a win to make it to Gabon and Equatorial Guinea.

Namibia: The Brave Warriors head to Monrovia to meet the host on 29th February on the back of an encouraging 3 – 0 win over Mozambique in a friendly last week. Two goals from Benson Shilongo and one from Sadney Urikhob. Namibia used a largely home based side for the match and when coach Bernard Kaanjuka combines the South Africa based players with young side, The Brave Warriors’ fortunes could be on the rise. After that good start the Namibian caretaker coach will travel to Liberia with positive aspirations.

Zimbabwe: Caretaker coach Rahman Gumbo and his assistants David Mandigora, Peter Ndlovu and Richard Tswatswa have been training with a largely home based pool of players in Harare with the news that some of the foreign based players will meet the team in Bujumbura.

The Warriors will engage Burundi on the 29th of February and in Bujumbura and this means Knowledge Musona, Noel Kaseke and Vusa Nyoni will arrive in Burundi 72 hours before the match. Some of the South Africa based players will only join camp after playing for their clubs said Nicky Chifamba, team manager.