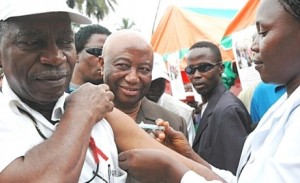 South Africa apologised to Nigeria on Thursday for deporting 125 Nigerians accused of trying to enter the country with fake vaccination certificates, seeking to defuse a growing dispute between Africa’s two biggest economies. Deputy foreign minister Ebrahim Ismail told a news conference the government had sent a letter of apology over the “regrettable incident” that spiralled into tit-for-tat expulsions of South Africans and a threat of action against South African companies in Nigeria.

Last week, officials at Johannesburg airport deported 125 Nigerians, saying their yellow fever vaccination certificates were fakes – the latest twist in a long-standing rivalry between the powers vying for dominance in the continent. Nigeria responded with the deportation of 84 South Africans. The South African government is not seeking an apology from Nigeria over the deportation of its citizens, Ebrahim told reporters, flanked by Nigerian diplomats.

“I understand the reaction of the Nigerians,” Ebrahim said, adding the incident would not affect bilateral relations. Cards proving vaccination against yellow fever – a deadly mosquito-borne disease – are required by most African countries for entry, but counterfeits are easy to buy from hawkers at Lagos airport. Relatively developed South Africa has better facilities to detect fakes than most countries on the continent. Ebrahim did not say that the suspect certificates had in fact turned out to be genuine, but said South African officials had acted in a way the “government believes could have been handled better”.

Previous articleMOZAMBICANS MILLING GRAIN IN MALAWI
Next articleWhen women know their rights, they claim them