When women know their rights, they claim them

As the world celebrate Women’s International Day, in southern Africa, like in most regions on the continent including sub-Saharan Africa, acts of Gender Based Violence (GBV) especially by men against women are common.

However, if deliberate efforts are put in place to invest in programmes to empower women to be fully aware of their rights they can easily claim them hence pave way to the reduction or eradication of such human rights violations.

Illiteracy levels are for instance, high among women than men in southern Africa due to among other things, cultural values that favour the sending of a boy to school to attain education while denying a girl the same due to some primitive mentality in the region that she will get married, bear children and be her husband’s helper full stop!

“In many African countries, there is still a lack of appreciation of women’s rights and gender equality,” said Jacqueline Adhiambo Oduol at the UN Division for the Advancement of Women (DAW).

Due to low literacy, women have in the process been unable to understand their rights and claim them to the extent that most GBV victims have been suffering in silence.

But a project by Action Aid International-Malawi successfully exposed that if women are civic educated on their rights not only do they develop courage to claim them but also support fellow women who are ignorant of their rights to claim them.

Herbalist Ziloya Mkandawire, 42, from Mwachanda Village, in Paramount Chief Chikulamayembe’ Area in Rumphi, northern Malawi is for instance, serving a 12-year-prison sentence on rape charges at Zomba Central Prison in the southern region of the country after his victim’s mother was assisted to claim the girl’s rights.

He in 2008 met 14-year-old girl *Nyuma from Chidolozi Village also under Chief Chikulamayembe while the girl was coming from Nkhozo Full Primary School where she was in standard 6.

Ziloya lied to the girl that he knew her father by cheating her that he would give her traditional charms to pass her examinations.

The girl agreed to get the charms from Ziloya’s house where he sexually harassed her through rape.

To escape the arm of the law Mkandawire threatened that the girl would die if she revealed to anyone what had happened.

Three months later, signs of pregnancy became evident and the girl’s parents forced her disclose who was responsible.

Nyuma revealed that Ziloya was responsible and her parents filed the case to the local chief who just fined the herbalist K 43, 000 and ordered him to marry her.

Dissatisfied with the chief’s determination, with advice from some community members within the village the girl’s mother reported the matter further to the police.

Police arrested Ziloya but released him 48 hours twenty later on the grounds that the case was civil as there was no evidence of rape.

Still not satisfied by the police’s determination within the area, Nyuma’s mother reported the matter further to Chikulamayembe Women Forum members.

The members were earlier sensitized about their rights by Action Aid International-Malawi a Non-Governmental-Organization (NGO).

With support from the NGO’s staff the case was taken up by Rumphi Police Officer-In-Charge and after revisiting some documents, the police chief agreed it was a criminal rape case.

As a result Ziloya was re-arrested and the case was referred to Rumphi Magistrate Court where on March 10, 2009 and convicted and sentenced to 12 years Imprisonment with Hard Labour on rape charges.

Similarly, Eluby Mwale of Mtembenge Village in the same Chief Chikulamayembe’s area fell victim of GBV but was ignorant about it.

Her husband abandoned her with their three children. The man took most of the items from the grocery that they used to run together including five bags of fertilizer that they had bought together.

“He took these to the new wife. Despite marrying a new wife he continued to visit me, disturbing me and sometimes even beating me and collecting more items from the grocery and other household items,” said Mwale adding that she reported her case to Women Forum who referred it to court.

“The court issued a protection ordering him to give back the five bags of fertilizer, three bags of maize and K3, 000 for grocery items. I am happy to be free,” she said.

In a report Action Aid International-Malawi Country Director Boniface Msiska discloses that £1,054,891 (about K160 million then) was invested in the project and the project deliberately targeted women’s rights and gender equality activities.

“We work with women and girls because they are regarded as second class citizens who bear the brunt of the violence that is ingrained in their culture,” he said.

Msiska further disclosed that in the project his NGO managed to reach and support 8,292 women and girls in the 13 Development Areas it works.

He also explained that most cultural practices in all Malawi’s three regions (north, central and south) make women treated as lesser human beings through many forms of GBV.

“As one way of addressing this violence, we facilitated formation of structures [in the project] that would work with us to implement activities in the years to come,” said Msiska.

He added that in the project the major activities included building Women’s Forums capacity to help women and girls in the communities know their rights and what to do when they were violated.

“We also helped form Mother Groups, which are branches of Women Forums. Their main role is to work with girls to ensure their rights are respected both in school and at home; encourage girls who have dropped out of school for whatever reason to return to school and to report any violence against them,” said Msiska.

Under the project Women Forums further formed anti-Violence Against Women (VAW) committees whose role is to act on any violence against reported cases.

“In occasions where violence has been observed and no report is made, the victim is approached and encouraged to take the issue up to be addressed,” explained Msiska.

Under the same project women and girls were also sensitized on the Prevention of Domestic Violence Act (PDVA) and Wills and Inheritance Acts.

“The knowledge women gained on women’s rights has been an eye-opener and emboldened them to report more cases of violence against them to police for redress in court,” said Msiska.

“Some 35 women won cases in court and got back their property including land which was grabbed from them,” said Msiska.

He further disclosed that 88 women were also able to demand and be given land of their own while 20 girls were rescued from early marriages and went back to school.

“In Rumphi, after 26 women became aware of their rights they were even able to reach out other 120 fellow women from the Women Forums and handled VAW and Violence Against Girls (VAG) issues better than before,” said Msiska.

President Bingu wa Mutharika expressed his concern over the ever increasing of incidences of human rights violations against women in forms of GBV.

He therefore, said anyone infringing pain on women in Malawi should be brought to book to face the arm of the law because such activities are criminal hence should never be condoned.

“Women deserve respect and protection in this country. In fact we even exist in this world because of women,” he said.

Minister responsible for Gender, Child and Community Development Reen Kachere said one of the major contributions to an increase in gender inequalities in Malawi are some socially constructed beliefs about men and women.

“These beliefs are constructed through sayings, songs, proverbs, religion, culture and customs. They also determine gender roles that males and females play in society,” she said adding, “Unfortunately, not all views and beliefs that society holds are true or correct.”

Malawi Human Rights Resource Centre (MHRRC) Programme Manager Emma Kaliya however, said it is encouraging that unlike in the past in recent times many victims of any form of gender discrimination especially women and girls in Malawi are now reporting their cases to authorities including Victim Support Units (VSU) in Police Stations across the country.

However, she was quick to plead with traditional leaders to lead in the fight against all forms of gender discrimination in the country.

“If our traditional leaders strongly rise up against Gender Based Violence we can root out this problem because these are elders with great influence on issues in their communities,” said Kaliya.

On her part MHRRC Capacity Development Manager Mercy Mankhambera said appreciating that journalists have the power to influence the society to promote gender equality through their reporting at all levels, her organization trained the scribes in Gender Mainstreaming, Human Rights Based Approach to HIV and AIDS and Advocacy.

“We hope that with the skills they have acquired during this training the participants will investigate and report gender issues beyond the surface to among other things promote Gender Mainstreaming and Human Rights at all levels,” she said. 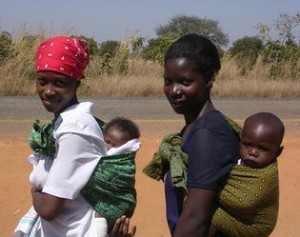