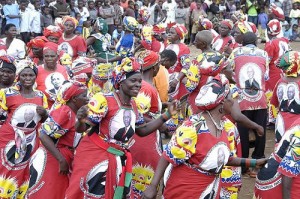 A group of some opposition parties in the country have urged the donor community to ignore President Bingu wa Mutharika’s insults at them and bail the country out of the current economic and social woes in it sailing in.

Mutharika, opening a new road named after him in his home district of Thyolo, told donors to go to hell as he accused them of working with the opposition and the civil society in plotting to oust him in a coup this month.

But at a press conference in Blantyre on Sunday, chairperson of the grouping Mark Katsonga said the World Bank team which is in the country and other donors should never to give up on Malawi because of these proclamations.

“Leaders of the opposition would like to state categorically that they do not subscribe to the denigrating remarks by President Mutharika against our traditional donors and the cooperating partners.

“The leaders of the opposition would, therefore, request the donors to disregard the careless remarks by the Head of State [Mutharika] and continue supporting the people of Malawi,” said Katsonga, reading out a joint statement.

Katsonga also called upon Mutharika to intervene in the Judiciary strike, saying it has impacted negatively on many Malawians who are languishing in police cells and prisons as they could not access the justice system.

On the coup plot rumours, the opposition described them as “loose and cheap” pronouncements aimed at deflecting people’s attention from real issues affecting their lives.

Taking his turn, New Republican Party President, Gwanda Chakuamba said he had never seen a president anywhere who kept on talking about assassinations and coup as if they are good news.

“He [Mutharika] accuses everyone of plotting either assassination or a coup. He accused Harry Thomson, former president Bakili Muluzi, former army officers… How many people is he going to accuse?

“We have a problem now and what we can do best is to solve it rather than talking about coups,” Chakuamba said.

On his part, President for Congress for Democrats (Code) Ralph Kasambara said both the opposition and Malawians are watching all the actions of the current government.

“We are watching for the careless statements and careless conduct [by the current regime] and at the appropriate time, Malawians will do the needful by voting this government out of power,” Kasambara said.

Some of opposition parties leaders who occupied the high table at the press conference included Katsonga of PPM, Humphrey Mvula and Sam Mpasu of UDF, Kamuzu Chibambo of Petra, Brown Mpinganjira of PP, Gwanda Chakuamba of NRP, Kamlepo Kalua of MDP, George Nnesa of Mafunde and Ralph Kasambara of Code.

Katsonga is the chairperson of the group, deputised by Chibambo; while Mvula is the secretary of the group.

The aim of the grouping, according to Katsonga, is to fight their common “enemy” whom they said is Mutharika for his non compromising stand when it comes to listening to advice from others.

Meanwhile, the group said they had already sent a letter to President Mutharika, asking for an audience with him to help address the current social and economic crises.