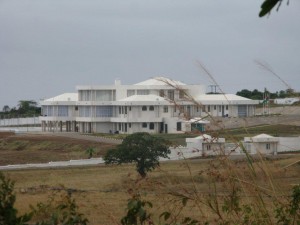 President Bingu wa Mutharika’s declaration that he was worth K150 million at the time he became president in 2004 has been disputed by his former ally in the United Democratic Front (UDF), Humphrey Mvula.

Mvula was already a senior official in the UDF when former President Bakili Muluzi handpicked Mutharika to be presidential candidate for the UDF in the 2004 elections.

Mutharika dumped the UDF in 2005 and formed his own party.

During the opening of the Malowa-Chiperoni Road in Thyolo on Sunday last week, Mutharika said he had not picked up the presidency because he was poor and therefore seeking to line up his pockets as his critics suggest.

“I have nothing against the president but to be honest it is not true that he was that rich. What we in the UDF know is he had a minibus that was running in Lilongwe and the city centre. For his campaign, it was Muluzi and the UDF that were funding him at K1.5million every week.

“I am not saying this out of any malice at all. He is the president of this country and I respect him as such. But if he had that much wealth, we would have asked him to mortgage some of it to generate money to finance the campaign.

“His campaign was massively supported by Dr Muluzi and many of us in the UDF,” he said.

But Mpasu, who was speaker of paeliament in the run up to the general elections in 2004, could not say whether the president really had that wealth.

“I can confirm that’s what he indicated on the forms that he completed on the declaration of assets. But I must say it is a silly way of doing things because you can just fill in the figure without having to prove it. It’s very unhelpful,” he said.

Mpasu also suggested it is difficult to prove how much a president or cabinet minister accumulates in their time of service because there is no requirement that one should also declare their assets on leaving the office.

“The laws do not say that you also have to declare how much you have at the time you are leaving the office. So if you started with K100 million and at the time you leave, you have K150 billion, no one can ask you to prove how you got that wealth. It’s not a requirement that you must also declare your assets on departure,” he said.

The civil society organisations allege that Mutharika has accumulated much wealth while in the office and has made this one of its subjects in the 20-point petition they presented to government in the run up to the July 20, 2011 mass protests.

Soon after becoming president, Mutharika bought Ndata Farm in Thyolo on which he has built a multi-roomed mansion. He also bought the Lonhro complex in Limbe at K200m. The complex used to house department of information offices before former President Bakili Muluzi bought it and then sold it to Mutharika.

Today the president owns numerous farms and has a vast array of business interests. Asked about Mutharika’s new-found wealth, Mvula said the Malawian public would be the better judges than him.

“Of course I know that in life, we like to exaggerate our ability to generate our wealth. Ordinarily 7 years is too short a time for someone to have that much wealth on a presidential salary. Perhaps, he has other businesses that we do not know of,” he said.

He said it was empty for anyone to suggest that because Mutharika had a minibus, therefore he did not have as much as K150 million wealth.

“These people oppose just for the sake of opposing and that’s their definition of democracy. Do they think the president was lying. The president has never said what he doesn’t mean. It’s a matter of records. The president has the records and if Mvula and the UDF think they have their own records, then they must prove it,” he said.