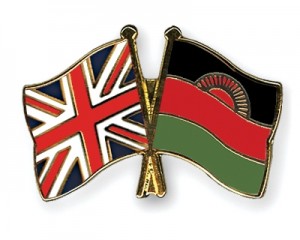 Malawi’s President Bingu wa Mutharika should end a dispute with the World Bank and IMF to bring the country back from a worsening economic crisis, a visiting team of politicians from Britain, Malawi’s biggest aid donor, said on Wednesday.

The southern African nation has a $121 million hole in its current budget due to the suspension of an IMF loan programme, while Britain and some other countries have frozen aid due to concern about Mutharika’s increasingly tight grip on power in the impoverished country.

“We told the President that there is a role for the World Bank and IMF to help resolve the ongoing economic challenges and what we hoped for was for Malawi to reach a compact, collective agreement to set things on track,” he said.

Bruce was leading a delegation of six members of parliament on a visit to address development challenges in the former British colony.

Rising social tension in Malawi, which has one of the world’s highest HIV/AIDS burdens, led to unprecedented nationwide demonstrations last July in which 20 people were killed in a crackdown by security forces .

The country’s $79 million, three-year loan programme with the International Monetary Fund is on hold due to disagreements between Lilongwe and the lender over Mutharika’s handling of the economy.

Britain has frozen $550 million in aid to the country since Malawi expelled London’s top envoy last year for referring to Mutharika as “autocratic and intolerant to criticism” in a leaked cable.

A loose alliance of Malawi opposition groups has threatened to stage nationwide protests if Mutharika does not come clean on the sources of his personal wealth, and mend relations with Britain, by the end of March.

About 2,000 people gathered in and around a hall in the commercial capital of Blantyre on Wednesday, to hear religious leaders and rights activists discuss political and economic change under heavy police watch.

Foreign aid has accounted for 40 percent of Malawi’s state budget, but much of the aid has been suspended since the row with Britain and the violent suppression of protesters last July.

Bruce said the delegation discussed with Mutharika the possible restoration of ties between the countries.

“The President told us that he is committed to having the diplomatic relations normalised because of the historical importance that there is between the two peoples,” Bruce said.

Malawi’s economy has seen GDP growth averaging 7.4 percent in recent year thanks to bumper maize harvests as a result of the implementation of farm subsidies, which started in 2005. But life has become increasingly difficult in the past year due to shortages of fuel, medicine and foreign currency.