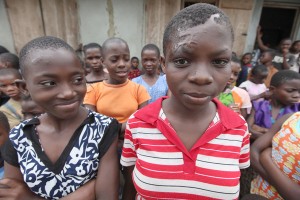 The Nkhoma synod of the CCAP church in Kasungu has joined the fight against unnecessary witchcraft accusations amid revelations that its 300 faithful suspected to be witches and wizards were tortured.

The synod says most the victims were from churches in Chilanga presbytery in the district.

“The church has since instructed its faithful to report to police all witchdoctors who torture others in the name of cleansing witchcraft,” says Chilanga Presbytery Moderator, Reverend Chikondi Phiri adding;

“Their life has been affected and they are unable to do their everyday work because their image has been tarnished due to witchcraft cleansing. We believe that it is only Christ through the power of prayer that we can defeat witchcraft”.

Reverent Phiri however confesses that the church believes that witchcraft does exist.

“The Bible tells us that there were witches in the Old Testament, in the New Testament there are several examples, scripture references talking about witchcraft which happened during the time of children of Israel and also the time of Jesus Christ. Witchcraft is a reality,” said Reverend Phiri.