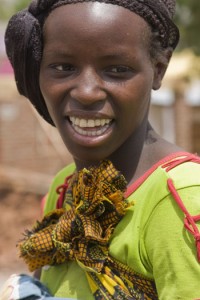 The United States embassy Charge D’Affaires has appealed to women in influential positions of power to become role models to girls in rural areas and encourage them to remain in school.

The women discussed a range of topics from sexual harassment in schools and the workplace, cultural practices, the role of the media in empowering women and girls but also rights of girls to attain education.

Vickers said professional women like journalists who are educated and represent today’s generation and gender have the responsibility to empower other girls and women.

“When female journalists are writing stories, appearing on television or speaking on the radio, they can give girls the opportunities, aspirations and goals to advance themselves,” she said.

She said retention of girls in school was the key to women empowerment in Malawi.

“Although women outnumber men in Malawi, the prevailing gender gap in education, employment and other areas is worrisome,” she said.

But this fight to bridge the gender gap has been hampered by low literacy levels of women and high school dropouts of girls.

Vickers said the government, civil society development partners and the media needed to continue advocating for girls and women’s education.

She promised that the US government would continue working with Malawi in this endeavour as it has done through Girls Attainment in Basic Literacy and Education (Gable) project and the Ambassador’s Girls Scholarship Programme which awarded over 27,700 scholarships to disadvantaged girls.