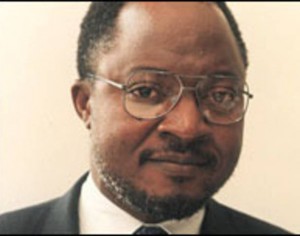 Former Vice President Dr Cassim Chilumpha has advised government to reconsider its stand and look at the needs of Malawians.

Dr Chilumpha told MIJ FM that Malawi does not manufacture forex and as such the $350 million (K53 billion) that the US has withheld means a continued challenge for the Malawi economy.

“We need the money from the Millennium Challenge Corporation. Malawi does not manufacture forex. So for companies to buy fertilizer, and for government to purchase drugs, we need forex,” said Chilumpha who was once Minister of Finance in the Muluzi government.

Dr Chilumpha further explained that Malawi relies on tobacco exports for our forex. The low prices and low exports of the leaf has affected our forex generation.

The US government has withheld this aid due to bad governance and continued violation of democratic principles by the leadership of this country.

As if that were not enough, today the 26th of March saw the opening of Lilongwe Auction Floors only to be closed after a few minutes. Farmers were dissatisfied with the price of the highest quality leaf going at $1.10, which they think is a big joke.

This resulted into noise between the farmers and the buyers, which was only stopped by police intervention.

As we went to press, there was still heavy police presence at the auction floors.

In another development, research conducted by the Catholic Commission for Justice and Peace (CCJP) has revealed that most Malawians are willing to vote in 2014 General Elections, but that they are living in fear as to where the country is heading.

Among their fears is the continued passing of laws without thorough consultations from the electorate. According to CCJP’s Chris Chisoni, “Malawians in the 19 districts that we went to feel the government no longer listens to them, which shouldn’t be the case in a democratic dispensation like ours. People fear that we are going back to the pre-1993 era.”

In an interview with MIJ FM’s Brenda Kawonga, Kaliati challenged Chisoni and CCJP to go and register their organisation as a party, and contest in the 2014 polls.

CCJP is one of the civil society organisations in Malawi.

Previous article
Malawi threatens to use colonial-era law against media
Next article
Mutharika is not a dictator – Dr. Heatherwick Ntaba