Malawi threatens to use colonial-era law against media 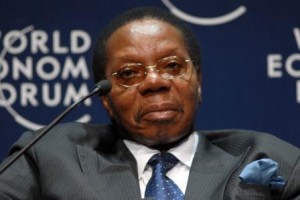 Malawi’s President Bingu wa Mutharika has ramped up his campaign to threaten and discredit any media that don’t toe the official line, report the Media Institute of Southern Africa (MISA), the Committee to Protect Journalists (CPJ) and Reporters Without Borders (RSF). Criticism of the government’s crusade has resulted in the chair of MISA-Malawi receiving threats himself.

A strongly worded statement released by the President’s office, the State House, on 9 March, warned media and civil society organisations against deliberate, negative reporting and “insulting” Mutharika, in order to prevent “stirring unnecessary panic among Malawians and bring[ing] anarchy [to] this country.” It added that the media’s “intention is to create an impression that Malawi is a failed state on governance issues and that the purported situation is worrying Malawians and donors,” the statement reads.

The statement said the State House wished to “make it blatantly clear that it will not stand by and condone this impudence.” The government also threatened to use a colonial-era insult law, which quotes heavy fines and up to two years in jail for those who air or publish material that insults or disrespects the President. In the statement, the government accused the opposition of paying editors and reporters to castigate the President, and condemned certain political phone-in programmes that goaded callers to do the same. It also blamed social networks and claimed the State House “monitors carefully such networks that are hostile and probably careless in demeaning the President.”

In an appeal to Mutharika, RSF wrote: “The accusations you have made against the news media and the uncompromising and often harsh language you use against them has the effect of stigmatising them and giving the impression that you regard journalists as your worst enemies.” The chair of MISA Malawi Chapter, Anthony Kasunda, started receiving threatening text messages from an unidentified source two days after his group issued an official reaction that called on the government to respect the media as a platform for meaningful debate.

The top officials already have their people and know how divided you (the media) are. Save yourself while you can,” read part of one message. “One thing that (President) Bingu hates is getting stories into the media especially damaging ones… I write mainly to warn you to tread carefully…” read an excerpt from another.

In a separate incident, two days after the government statement was released, Frank Mwenefumbo, the ruling Democratic Progressive Party (DPP) Director of Youth, called on Malawians to stop buying, advertising and even reading newspapers critical of the government. According to RSF, in 2010, the government imposed a ban on advertising in newspapers owned by Nation Publications Limited (which include “The Nation”, “Weekend Nation”, “Nation on Sunday” and “Fuko”).

In another instance, Malawian Health Minister addressed a group of Malawians residing in the U.K., urging them not to read a U.K.-based Malawi news website because “it doesn’t write good stories about President Mutharika and the DPP.” Malawian Education Minister George Chaponda had made a similar appeal at a church in Nottingham, England, a few months before, the site reported.

In this climate of threats, just last week, John Kapito, chair of the Malawi Human Rights Commission, was briefly arrested and interrogated about allegations of “printing and distributing seditious materials,” including T-shirts that allegedly insult the President, reports Freedom House.

There is widespread speculation that Kapito was arrested to prevent him from testifying at the UN Human Rights Council in Geneva, where Malawi’s final human rights report – which documents gross human rights violations allegedly perpetuated directly by the Mutharika government – will be presented as a part of the Universal Periodic Review process.

According to CPJ, the government campaign is not particular to Malawi. “African leaders often accuse critical media of tarnishing donor relations and hindering economic development,” said Tom Rhodes, CPJ East Africa consultant, pointing to Ugandan President Yoweri Museveni’s accusations last year that the media were “enemies of Uganda’s recovery” for covering opposition-led protests over high fuel prices. Malawi registered the biggest fall of any country in a single year in the RSF press freedom index published in January, plunging from 79th in 2010 to 146th in 2011.