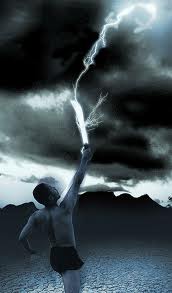 After making headlines with an adaptation of Jack Mapanje’s prison memoirs And Crocodiles are Hungry at Night, Nanzikambe Arts Theatre will once again ignite the audience’s fancy with a new production The President’s Prerogative on Friday night at their space in Naperi, Blantyre.

The group received an overwhelming response from the audience with And Crocodiles are Hungry at Night, which was adapted by Kate Stafford.

It remains to be seen if they will once again leave a mark with The President’s Prerogative, a play which according to a statement from Nanzikambe, will also tour 10 districts.

The group said that theatre lovers are in for a kill as they have lots of plays in store emerging from the current trends in the country.

The President’s Prerogative is drawn against the deteriorating living conditions in Malawi.

After premiering at Nanzikambe, the play will be staged in various districts including Mchinji, Lilongwe, Mzuzu, Nkhata Bay, Salima, Mangochi, Zomba, Mulanje and Chiradzulu.

The Presidents Prerogative is a play set in a village in a fictitious country called Bwezani where the government realises that there are some oil deposits underneath.

Conflict emerges when the government, under the heavy-handedness of its leader’s prerogative, demands that the villages vacate by force.

This directive is met with resistance. But through the manipulative and selfish manoeuvrings of the leadership, the loyalty of some of the village’s leaders is put to test.

The outcome is one that questions the very fabric of both the central and local government systems that our societies have which keeps to put the majority at the mercy of the draconian prerogatives.

Yet it is the very same people who perpetuate the status quo through corruption and selfish ambitions, hence allowing the leadership to use a top-down approach to development in a big man syndrome environment that see the villagers getting nothing out of it.

The group says under its Consolidation Arts Program, it has devised a theatre piece component in which plays, such as The President’s Prerogative, reflect a substantial part of the organisation’s main efforts, which include increasing an understanding for the power of theatrical performance experiences and developing audiences.

Through this programme, Nanzikambe wants to reach out to a wide group of people and serve the Malawi nation with inspiring reflections on humanity through theatre arts.

In fulfilling its main artistic initiatives, the group says a devised theatre piece will be created each year and that the idea behind is to create freedom to comment, criticise, and express societies’ challenges.

Meanwhile, And Crocodiles are Hungry at Night, is set for Lilongwe’s Madsoc Theatre on Saturday.