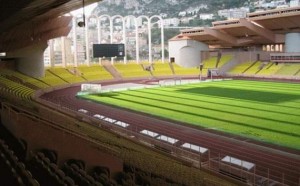 Malawian teenage defender Limbikani Mzava, who is on the books of South Africa’s Bloemfontein Celtic, has been earmarked for trials at French Ligi 1 side, Monaco next month.

Mzava’s trials with Monaco have been facilitated by his Paris-based South African agent, Walter Mokoena, according to Malawi press reports.

“Monaco is a big club and I hope to impress,” the 18-year-old told Malawi’s daily newspaper, The Nation.

The former Under-17 captain returns to Europe after having successful trials with Hapoel Telaviv in January but the deal fell through following disagreements between the Israeli side and Cletic over a transfer fee.

Celtic signed the young defender last year from Malawi side, Escom United on athree-year contract but never registered him as he was the still a minor.

Mzava has now attained the required age of 18 but Celtic have still not registered him.