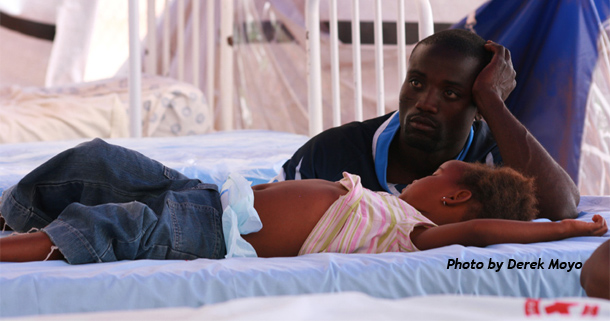 A cholera outbreak in Malawi’s commercial capital, Blantyre, has killed 11 people in the last few months as an acute economic crisis has hit clean water supplies and hospitals have been unable to buy medicines, a health official said on Thursday.

Blantyre city health officer Chrissie Banda told Reuters a lack of water and proper sanitation were to blame for 80 percent of more than 200 cholera cases reported since December.

“Eleven people have died from cholera in the last 17 weeks, mainly because of persistent water shortages in the city which has forced many people to drink water from streams and shallow wells,” he said.

Cholera is transmitted by contaminated water or food. It causes severe diarrhoea and can lead to death by dehydration and kidney failure.

Banda said the city of 1 million people was registering more cases but health centres were struggling to cope.

“Despite the challenges of medicines and treatment, we are trying our best to contain the situation,” he said. “We have embarked on a sensitisation campaign, asking people to boil water for drinking.”

The landlocked southern African nation is facing a massive shortage of essential drugs due to a foreign exchange crisis caused by a freeze in foreign aid and dwindling earnings from tobacco, its main export earner.

Two months ago, Western donors procured $30 million of essential medicines to last for the next 18 months.

However, wider support worth hundreds of millions of dollars has been frozen due to donor unease with President Bingu wa Mutharika’s handling of the economy and a crackdown on protests last year in which 20 people were killed.

Nearly 1,000 people died from a cholera outbreak in Malawi in 2001/02, the worst recorded outbreak of the disease.