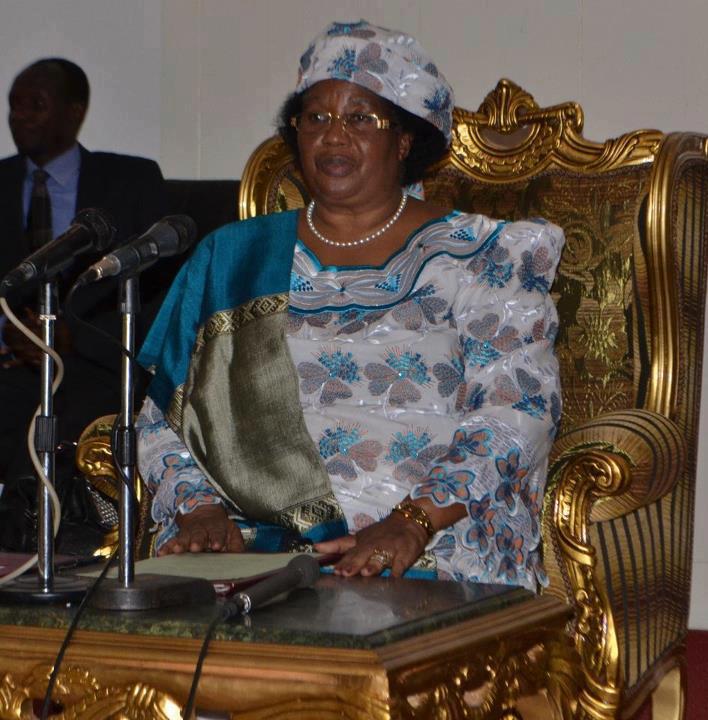 Malawi’s Joyce Banda told supporters there was no room for revenge as she was sworn in as Africa’s second female head of state in modern times after the death of the divisive Bingu wa Mutharika.

Banda offered the conciliatory words on Saturday following two days of political intrigue in which Mutharika’s inner circle tried to block her assuming the post, which fell to her as vice president under the terms of the constitution.

Thunderous applause and joyous singing broke out as Banda completed her presidential oath. She then called for a moment of silence for the man she hailed as a father to the nation.

But she did not shy away from the divisions provoked by Mutharika, who had expelled her from the ruling party.

“I want all of us to move into the future with hope and with that spirit of one-ness and unity,” she said.

Mutharika died after a heart attack on Thursday amid calls for his resignation following deadly anti-government protests last year accusing him of wrecking the economy and trampling on democracy.

Following her expulsion from Mutharika’s Democratic Progressive Party, Banda formed her own People’s Party — a move that the late president’s allies had argued should disqualify her from succeeding him.

But amid pressure from Western and African powers for a peaceful and constitutional transition, Banda appeared Saturday flanked by the army and police chiefs to call a special cabinet meeting and assert her authority.

“I want to sincerely thank Malawians and all people living in Malawi for the respect of the law shown by the peaceful transition of the presidency,” Banda declared.

Soldiers meanwhile guarded the parliament grounds and took over security at state radio and television stations, as the army publicly backed the transition between civilian leaders.

Malawi declared 10 days of mourning, and had yet to announce plans for Mutharika’s funeral.

She faces the challenge of leading a country whose parliament is dominated by Mutharika’s party, at the head of a cabinet that includes ministers vocally opposed to her.

“There was quite a lot of tension and we are glad that it has turned out to be peaceful,” said DPP lawmaker Kezzie Msukwa.

“The party has taken it painfully. However, I think everybody now agrees that we have to go the way that we are going.”

Mutharika, a former World Bank economist who first came to power in 2004, was re-elected with a sweeping majority in 2009.

But he increasingly came under fire for attempts to rein in the media and to shield the government from public criticism.

His feuds with donors and lenders such as the International Monetary Fund have hamstrung the economy in this aid-dependent nation.

Now Malawi is suffering from shortages of foreign currency that have left it unable to import enough fuel.

The international community however was generous in its tributes to Mutharika.

The African Union said Saturday that Africa had “lost one of its great sons.”

“He was rightfully credited with boosting Malawi’s economy, especially in the agricultural sector,” AU Commission chief Jean Ping said in a message of condolence sent to new President Joyce Banda.

The Commonwealth expressed its condolences, calling for a “peaceful and constitutional way forward” in a statement Saturday.

The United States “extends its condolences to the people of Malawi and the family of President Bingu wa Mutharika following his recent passing, and we welcome today’s announcement that Vice President Joyce Banda was sworn in as President,” National Security Council spokesman Tommy Vietor said in a statement.

“By following constitutional procedures for this transition, the government and people of Malawi have reaffirmed their commitment to democratic principles and demonstrated the critical importance of sound democratic institutions,” he added.

United Nations Secretary-General Ban Ki-moon issued a statement saying he “welcomes the peaceful transition in Malawi. He looks forward to working with the Government under acting President Joyce Banda.”