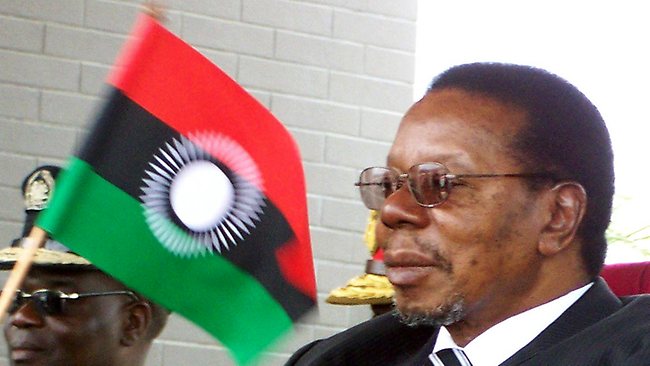 Malawi President Bingu wa Mutharika died after a heart attack on Thursday 5th April though few Malawians are mourning a leader widely seen as an autocrat responsible for a stunning economic collapse.

The 78-year-old was rushed to hospital in Lilongwe on Thursday after collapsing but was dead on arrival, sources said.

Many Malawians blame Mutharika personally for the economic woes, which stem ultimately from a diplomatic spat with former colonial power Britain a year ago.

“We know he is dead and unfortunately he died at a local, poor hospital which he never cared about – no drugs, no power,” said Chimwemwe Phiri, a Lilongwe businessman waiting in a snaking line of cars for fuel at a petrol station.

As rumours of the death of the self-styled “economist in chief” swept the capital on Thursday, there were even pockets of drunken jubilation among those who criticised his rule for turning back the clock on 18 years of democracy in the “Warm Heart of Africa”.

“I am yet to see anyone shedding a tear for Bingu,” said Martin Mlenga, another businessman. “We all wished him dead, sorry to say that.”

The constitution is clear that Vice-President Joyce Banda should take over as head of state, although a smooth transition had not been assured since Banda was booted out of Mutharika’s ruling DPP party in 2010 after an argument about succession.

Mutharika appeared to have been grooming his foreign minister brother Peter as his de facto successor.

There was no official announcement of Mutharika’s death and a government official said cabinet was divided as to whether to hand over to Banda, a renowned women’s rights activist who has since formed her own party.

“We are split over this and it’s now taking too long and people are becoming more and more anxious,” the official said.

Despite the constitutional conundrum, former Attorney General Ralph Kasambara said the army or police were unlikely to step in.

Police deployed in force across the capital immediately after Mutharika’s hospital admission, although it was business as usual on Friday as residents went about their daily struggle to get by.

Mutharika came to power in 2004 and presided over a seven-year boom – underpinned by foreign aid and favourable rains – that made Malawi one of the world’s fastest-growing economies.

The good times ended last year after a spat with Britain, Malawi’s biggest donor, that led to tit-for-tat diplomatic expulsions and the freezing of millions of dollars of aid.

The cause of the row was a leaked diplomatic cable that labelled Mutharika “autocratic and intolerant of criticism”.

The aid freeze exacerbated an already acute dollar shortage, hampering imports of fuel, food and medicines, and leading to a slide in the value of the kwacha against the dollar.

Malawi’s diplomatic isolation and economic plight worsened in July 2011 when the United States shelved a $350 million overhaul of the dilapidated power grid after police killed 20 people in a crackdown on an unprecedented wave of anti-government protests.

Mutharika hit back in typically combative style, urging his supporters last month to “step in and defend their father rather than just sit back and watch him take crap from donors and rights groups”.