‘TB Joshua is a false prophet who was part of a conspiracy in the death of President wa Mutharika.’ – Zanu-PF

Zanu-PF’s unofficial spokesman, the motor-mouthed legislator for Tsholotsho North Professor Jonathan “Eggy” Moyo says TB Joshua is a false prophet who was part of a conspiracy in the death of President wa Mutharika.

“TB Joshua’s involvement in this tragedy smacks more of a plot than a prophecy. One thing for sure is that there is no prophecy here but just a prediction if one is to give him a benefit of doubt.

“This leaves open the questions as to what happened because to neutral people there appears to be more to the saga than meets the eye.

“In some circles there is even spirited speculation in well informed circles that TB Joshua had privileged intelligence information about a death plot against President wa Mutharika and the plotters used him as their microphone to divert attention from them and let the death appear like it was an act of God when it was an intelligence operation.

“The kind of exact alleged prophecy on when it was going to happen shows that this was being said by someone with medical information and not from God.It’s possible to medically induce a cardiac arrest no wonder why his death was first leaked by his doctors.

If you start seeing people making such prophecies it shows that the world is coming to an end as said in 2 Timothy 3 verses 1-5 about false prophets. I have no doubt in my mind that TB Joshua is a false prophet,” Prof Moyo said.

“When you go to the scriptures no one is sanctioned to predict someone’s death in the public forum.

“God doesn’t give advance notices to individuals about their death. From the Catholic perspective it is not encouraged to give such prophecies. We don’t have such kind of prophecies in the Catholics,” Father Chiromba said.

Reverend Simon Mutongi Jena of Baptist in Chitungwiza said: “That prophecy isn’t clear to me especially prophesying about the death of leaders.

“TB Joshua was shown that prophecy so that people would pray for that leader. Actually he exhibited wisdom in that he did not tell his congregation the identity of the leader because it was going to cause confusion.”

Pastor Simbarashe Muzhuzha of His Presence Ministries in Chitungwiza said Prophet TB Joshua added: “Elijah gave a prophecy about the famine and bread and he told the nation about it. Prophet Agabus told Paul about his imminent arrest. All this was done so that people would pray. This shows us that prophets are expected to give prophecy as God instructs whether negative or positive.” 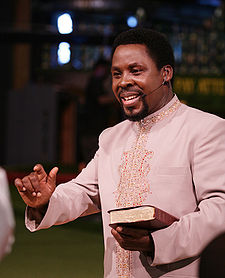