Children’s aid organisation UNICEF on Tuesday led a cross-agency appeal for funds for the Sahel region where 15 million are suffering from malnutrition, it said.

“Children are the victims. In the worst case scenario many children will die, many families will suffer,” said UNICEF executive director Anthony Lake, back from a visit to Chad.

“We are appealing for an end to global indifference.”

The Sahel — which includes parts of Burkina Faso, Chad, Mali, Mauritania and Niger — has been hit hard by a drought, high food prices and regional conflict.

According to Lake, there is a “certain fatigue” among the public when it comes to the Sahel, suffering its third famine in 10 years.

About 15 million people are affected by malnutrition, among them 1 to 1.5 million children, said Lake, and yet a December 2011 appeal for $700 million has so far brought in less than half that amount.

UN High Commissioner for Refugees Antonio Guterres said the situation in Mali was of particular concern because drought and food insecurity was coupled with political conflict, with a coup nearly three weeks ago setting off a sequence in which the northern half of the country was seized by Tuareg rebels and their Islamist allies.

“The crisis in Mali has contributed to a dramatic humanitarian situation,” he said, with more than 200,000 people displaced.
The region is getting little attention from the media, who are mostly focused on the situation in Syria, he said.

“We can save 95 percent of them (the children affected) if we act now,” said Chan. 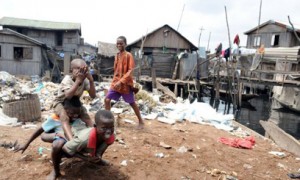