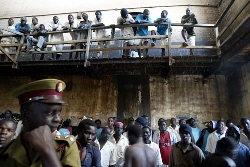 Earlier this month, the Malawian government withheld details about President Bingu wa Mutharika’s death for two days, sparking fears that the reigning political party would circumvent the constitution to bring in a new president. The government eventually acted in accordance with the constitution, appointing Joyce Banda as Malawi’s first, and Africa’s second, female president. Previously, as the country’s first female vice president, Banda was an outspoken women’s rights advocate and publicly opposed the president, a surprising move for a woman in her society.

Along with international concern quelled by the smooth succession of power, Mutharika’s death brought celebration in Malawi. His rule was autocratic, and citizens hope for an end to repression and economic difficulties. Already, President Banda has fired government officials loyal to Mutharika and reinitiated contact with countries that suspended aid during his presidency.

Yet obstacles to improvement are significant: Malawi is considered one of the least developed countries in the world, with low life expectancy, high infant mortality and a high prevalence of HIV/AIDS. Overcrowded prisons, some at more than 200 percent capacity, are plagued by unsanitary conditions, and the judicial system is corrupt and understaffed.

In this chaotic environment, Crossroad Bible Institute is providing prisoners with biblically based studies and steadfast support from the church. Two campuses have been opened, with Wale Junaid directing CBI Malawi North and Platwell Dindi overseeing CBI Malawi South. “Most of the prisoners have no one and have never known real love. But God has them in a good place for His touch of mercy,” Director Dindi remarks. The government granted permission for the CBI program to be introduced in many Malawian prisons.

“Like other CBI satellites across the globe, these campuses offer the hope and dependability of the Gospel in the midst of political uncertainty, broken judiciary systems and inhumane prison conditions,” states Crossroad President Dr. H. David Schuringa.

CBI is a nonprofit prison ministry with over 42,000 students studying through satellite campuses on six continents. The program is provided at no cost to prisoners and their families.