Malawi police are likely to arrest two lesbians who engaged in Blantyre recently, a second development in three years after two gays did the same in 2010. 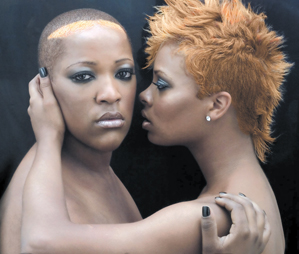 There was no immediate reaction from the police as they said were investigating the matter but in 2010 the law enforcers arrested Steve Muonjeza and Tionge Chimbalanga the two gays who held a public engagement.

The two men were sentenced to 14 years in prison but were later pardoned after the international community intervened.

But writing on his face book page lawyer Wapona Kita said the two lesbians can not be arrested for any offense under the Malawi penal code, saying it only provides for the offense of indecent practices between males (s. 156 of penal code).

He said this also means that gays can challenge the section of being discriminatory.

The engagement of Redgner and Ruth which comes a few days after Malawi President Joyce Banda announced that her government will repeal laws criminalizing homosexuality is a big litmus test for the new President a devout Christian.

“Some laws which were duly passed by this august House and were referred back to the Malawi Law Commission will be repealed as a matter of urgency and these include…..the provisions regarding indecent practices and unnatural acts contained in sections 137A and 153 – 156 of the penal code,” said the President.

The High Court in Blantyre used this section to convict Steve and Tionge in 2010.

The phrase for a medicine meant to increase men's...
FaceofMalawiNEWS