Malawians should support President Banda for the nation’s goodness

President Joyce Banda’s state-of-the-nation address delivered yesterday has shed some light on what her administration hopes to achieve economically, socially and politically for Malawians in the near future. 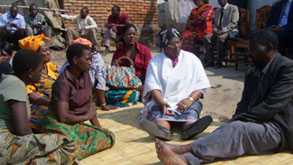 The address raises the hopes of many people because apart from attempting to tackle the teething problems Malawi has been facing, it also seeks to provide answers to many other issues that have been left hanging for a long time.

It is not that anyone expects the President and her government to solve all problems facing the country anytime soon, but the commitment is so reassuring that at least, however rigorous the going may become Malawi is finally moving in the right direction.

This is the hope all Malawians have been waiting for and it is a good tonic for the unity required for Malawians to maximize their capacity to realize their social, political and economic empowerment.

President Banda’s emphasis on the need for strong political leadership based on Umunthu as a basis for the promotion of the public service for sustained growth, is also hard to overemphasize.

But all this cries out for all Malawians from whatever political hue to join hands and fight the common enemies that have been wreaking havoc to the country for over three years now.

It is in this vein that we would like to commend the President for rightly isolating priorities among the many issues which would have made the list of priorities. Our hope and prayer is that government will always be guided by wisdom which comes from God.