The declaration by the UN that Africa has suitable conditions to feed its people was spot on.

At no other time have I ever heard the UN coming out to tell Africa the truth. 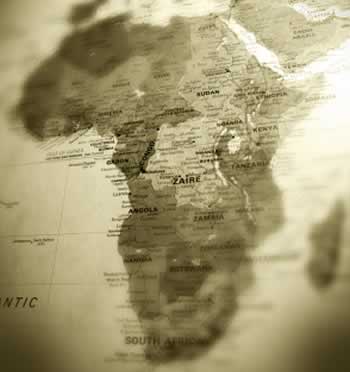 The UN did not mince its words in reminding Africa that begging food is an affront to our dignity.

While reading the story about the report in the Wednesday Nation, I couldn’t help but visualise a mother somewhere scolding her 26-year-old son who has refused to move out from the comfort of his mother’s house.

The UN was simply telling Africa in the presence of our Head of State, that it has grown up, and therefore should take care of meeting its basic needs.

According to Abraham Maslow’s hierarchy of needs, food is a physiological need.

When any need in this category is not met, the body and mind think of nothing else. Hunger stifles creativity and impairs judgment.

The temptation to rob rises in proportion to not minding getting jailed, for example.

These most basic needs must be met before the individual will aspire for the secondary or higher level needs.

Africa has failed to realise that, for development to take place, it must first of all meet its people’s basic needs, food being top on the list.

Africa in general, and Kenya in particular have failed to put effective policies for food security because the UN, Red Cross and other donors have always responded positively and swiftly whenever hunger, flood or drought is baptised national disaster.

But from the UNDP report, it seems the UN has realised that hunger in Africa is artificial caused by laziness in our leaders who are like the man “still in my mother’s house”.

Today, we are seeing so much water not only go to waste, but also drown us with our animals, submerge our houses, and take our roads back Sh10 billion.

Tomorrow we shall complain about the sweltering heat in the sun, covering our noses with dust masks while our Kenyan brothers in Turkana, parts of Ukambani, and North Eastern will be negotiating with their stomach to accept just three meals in a week due to failed rains. What a shame!

We are sitting pretty, watching the precious water flowing from where it is needed most to where it is least needed — the Indian Ocean.

The government needs to wake up from its deep slumber like the UN did and realise that it has placed the cart before the horse.

As much as projects like Thika super highway are good, they belong to the secondary hierarchy of needs.

The spectre of famine, which has virtually disappeared in other parts of the world, has continued to ravage the region, despite the fact that it has ample agricultural land, plenty of water and generally a favourable climate for growing food.

In Kenya for example, President Kibaki admitted that the country was still miles away from attaining food security and revealed that indeed the number of people dependent on famine relief had actually increased from five per cent in 2003 to six per cent currently.

Speaking during the launch of Africa’s Human Development 2012 Report earlier on this week, President Kibaki attributed this to the increase in urban population and frequency of droughts.

At least 3.5 million people were last year affected in Kenya by one of the worst droughts to hit the East African region in 60 years.

But according to the report, the region has abundant agricultural resources, yet shamefully, in all its corners, millions of people remain hungry and malnourished.

It, however, argues that this should not be the case. Kenya and other parts of the continent should not be consigned to a lifetime of food insecurity. “The knowledge, technology and resources for closing the food security are available today and breakthroughs will continue to emerge from research and development,” it says.

Dr Tegegnework Gettu, the director of United Nations Development Programme’s regional bureau for Africa has therefore asked African countries to stop asking for food aid as this trend is a major affront to its dignity.

According to the report, food security can only be achieved in the region through immediate action on four critical areas.

Countries, says the report, should also enhance the capacity of vulnerable groups like women who play a major role in food production.

Dr Gettu, together with Ms Helen Clark, a former New Zealand Prime Minister, however were disappointed that the impressive GDP growth rates in the continent had not translated into the elimination of hunger and malnutrition.

They said that despite the fact that African countries had in the last 10 years, posted world-beating economic growth rates and become the fastest movers of the Human Development Index, this had not translated into food security.

They said sub-Saharan African countries could not sustain its present economic resurgence unless it eliminated the hunger that affected nearly a quarter of its people.

“It’s a harsh paradox that in a world of food surpluses, hunger and malnutrition remains pervasive on a continent with ample agricultural endowments,” said Dr Gettu.