Representatives of hundreds of thousands of African tobacco farmers will gather at the International Tobacco Growers Association Africa Regional Meeting from May 28 to 30 to discuss outrageous recommendations being developed by international regulators that would destroy their livelihoods. 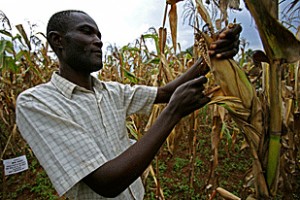 Farmer leaders attending the meeting from Kenya, Malawi, South Africa, Tanzania, Zambia, and Zimbabwe will focus on the recommendations provided by the Framework Convention on Tobacco Control (FCTC) working group on Articles 17 18. The FCTC originally recommended that governments of these countries should help tobacco farmers find viable economic alternative crops, assuming that tobacco demand will decline.

Very little research on alternative, economically viable crops has been undertaken and as the group recognises, any future research will require lengthy time trials. However, the FCTC has now put forward unreasonable and absurd measures to phase out tobacco production, without offering the vast African farming community any viable fall-back solutions.

Antonio Abrunhosa, chief executive officer of the International Tobacco Growers Association (ITGA), which represents more than 30 million tobacco farmers and workers around the world, says an entire region’s economy is being put at risk by this “new form of imperialism” by health officials with no experience in agriculture. “With nothing to show for their efforts to find alternatives to tobacco farming, they’re moving toward telling governments to make it impossible for farmers to keep growing tobacco, regardless of the impact on millions of jobs.”

Tobacco farming not only provides a good living for millions of people but it is a vital source of foreign revenue for many of these countries. In Malawi 7 out of 10 workers are either directly or indirectly employed by the sector and tobacco represents 80% of the country’s agriculture GDP.

Francois van der Merwe, chairman of ITGA Africa Region said the decision makers within the FCTC have moved beyond their original intention of helping tobacco farmers find viable alternative crops. “This shift is happening with a complete disregard for the fact that tobacco is one of the only crops that provides sustainable income for many families in this region.”

Jorge Nestor, the Argentinean President of ITGA, referred the vast experience of his association in the search for alternative crops, highlighting the huge investment necessary to develop complementary crops to tobacco, far beyond the possibilities of the majority of tobacco growers’ communities.

The ITGA is a non-profit organization that works to advance the cause of millions of tobacco farmers to the world. It strives to provide a strong collective voice on an international and national scale in order to ensure the long-term security of tobacco farming communities.