For most of us in Africa, buying a brand new car is not easy. We, however, benefit from the booming used car industry in Japan. These cars are generally cheap and in good condition. Apart from Africa, they are being exported to many other countries, a clear testimony of their performance and durability. 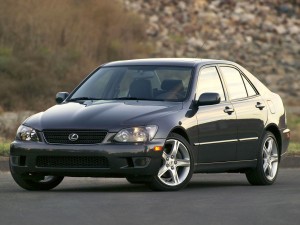 While many people will tell you to buy these used Japanese cars elsewhere, buying them directly from Japan is more beneficial. The cars used by the Japanese owners will be far much better than the ones in the intermediate places. This is because the Japanese Government has strict road safety regulations which force car owners to keep their cars in excellent condition.

Most of the people who import used cars directly from Japan use websites which list the cars that are available for sale. They contact the dealer using contact details on the website, get an invoice, and wire the cash to his account in Japan. In return, the dealer puts the car on the ship to a destination port chosen by the client.

As you can see, this whole exercise involves some risk on the part of the client. Although most car dealers, especially the ones that have been in business for a long time, are very honest (by the way, the Japanese are generally very honest), cases of people losing their hard earned cash to used car fraudsters are on the increase. Be careful!!!

Last year, two friends from Malawi lost their $$$. In the first case, the guy wired more than US$5,000 to a bogus company’s account after being wooed by the Nissan X-Trail, which was being offered on their website. In the second one, a young man paid US$2,800 for a VW Golf to yet another fake company. Up to this day, these cars have not yet been shipped. The “dealers” have vanished. Their websites are inaccessible.

My friend Chomora Mikeka (soon to be Dr Chomora Mikeka) and I tried to help the guy who wanted to buy the Nissan X-Trail. We found the residence of the “dealer” by using the physical address that he used in the email correspondence with our friend. We buzzed his apartment and told him that we went there to inquire about the status of our Malawian friend’s Nissan X-Trail. He was so scared, but he opened the main door for us and told us to wait for him in the lobby for some minutes. But minutes became hours; we waited for him for a good (or is it bad) two hours.

Finally, he came, picked us up to his tiny office and apologized profusely. He told us that he had shipped a wrong car to our friend and showed us the documents, which, I think, were fake. The dude might have prepared them during the two hours when he “imprisoned” us in the lobby. He further asked us to plead with our friend in Malawi to accept the car that he had shipped, but our friend refused and insisted on the Nissan X-Trail. We called the thief and told him the position of our friend. He told us he would be shipping the Nissan X-Trail soon but as time passed, we realized that he did not ship it. We kept on calling him but he kept on making false promises.

In the course of time, he started becoming uncooperative and we had lost a lot of money through phone calls to him. We were also getting concerned about our safety here. The guy is a thief and probably he has connections with the bad boys around. Because of the gravity of this issue, they may decide to wipe us out. So we stopped pursuing this issue. The last time I checked, the Malawian friend told me he was hiring some lawyers in Tokyo. I am yet to know his progress. From this experience, you can see that it is not easy to recover your money stolen in this way. Please be careful!!!

An article from Kenya also reports that 30 Kenyans, three Tanzanians, two Ugandans and a Malawian (I am not sure if he is one of my two aforementioned friends) had fallen victim to these fraudsters in less than two months. These are very sad developments, more especially when you consider the difficulties that we go through in Africa in order to raise money.

Friends out there, please make sure that you buy your vehicles from genuine dealers only. Don’t be attracted by the photos of some of these sleek cars and their give away prices. It’s better to continue walking on foot while your cash remains in the bank or invested in other ways. To avoid losing your $$$ to these conmen, here are some of the things that you can do:

Buy from dealers that are registered with the Japan Used Motor Vehicles Exporters Association. This association is approved by the Japanese government.

If you already import used cars from Japan, keep on buying from the dealers that you already know. Do not be attracted by some new dealers who are offering very good cars at very attractive prices.
If you are new to this trade, please ask those with experience so that they should lead you to their dealer connections in Japan.

Last but not least, having stayed here in Japan for close to 4 years, I know several honest dealers here. If you have the money and you will not have problems wiring it here, you can always contact me. I will link you up with the dealers and even ask them to give you a discount (Ndimatha kunenelera kuti atsitse mtengo mu Chijapanizi Ki ki ki). But please don’t ask me for FOREX. I don’t have it!