Anomalies that characterized the Youth Enterprise Development Fund YEDEF have forced government to suspend the program until a massive clean out is done. 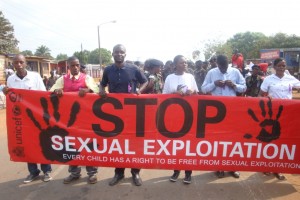 Minister of Youth and Sports Enock Chihana disclosed this on the sidelines of a parliament meeting on Tuesday that there were a lot of anomalies in the implementation including politicizing the fund.

According to Chihana the fund which is run by Malawi Rural Development Fund MARDEF has an overdraft of about K460 million from Malawi Savings Bank MSB.

“We have decided to suspend YEDEF because there were a lot of anomalies. The criteria used when disbursing the funds was not good. It was politicized and two it appears there was no needs assessment when buying the equipment from China.

He emphasized that government has to recover its money first and strategize for the future.

“We want to recover the money disbursed first and government will resume the loans once the cleanup is completed,” said Chihana.

Chihana disclosed that authorities running the fund told him that they were ordered to borrow from the bank to administer the fund.

“Am told there was directive from above to borrow from MSB at 17 percent interest but the money was loaned at 15 percent interest. You can see that there is a two percent shortfall. Where will that come from?” Wondered Chihana.

Meanwhile, it is not clear as to when the fund will resume offering loans to the youths in the country.

The late Bingu wa Mutharika administration introduced the Yedef loans in 2009 to empower the youth and address the rising unemployment in the country.