Government should change its policies on same sex relationships to ensure that people with this sexual orientation are protected from HIV/Aids, the Malawi Network of People Living with HIV (MANET +) has said. 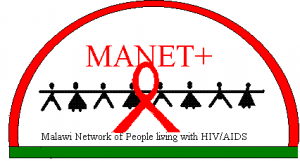 The grouping further says government and other HIV and Aids stakeholders should also increase participation of sex workers drug users in its HIV activities.

However, both subjects are controversial in a country’s whose laws criminalize both homosexuality and prostitution.

Speaking in Lilongwe at a press briefing to announce preparations for the International Aids Candlelight Memorial, MANET +, Executive Director Safari Mbewe said it was high time gays and other sexual minorities were engaged in the HIV/Aids fight.

“Our appeal is that they should not be discrimination and human rights violations, particularly people living with HIV and key populations such as men who have sex with men, sex workers and young people.

Evidence of stigma and discrimination is clearly articulated in the MANET+ PLHIV stigma index study for Malawi.

“The international AIDS candlelight Memorial urges community, faith and political leaders to fight discrimination through protecting the rights of affected groups and individuals, and fostering a supportive legal and policy environment,” said Mbewe.

Commenting on this year’s event, themed ‘Promoting Health and Dignity

Together’, Mbewe said the event is a reminder at the need of sustaining efforts being carried to fight the pandemic.

“The needs of communities affected by HIV by far out-pace the current resources allocated to meet them. The international Aids candlelight Memorial urges leaders to scale up their commitments to adequately address the scope and depth of HIV,” he said.

“We are all living with HIV/Aids; we are all affected in one way or another. We need to stop discrimination. There should be zero infection, zero fatalities and zero discrimination,” Brenny said.

The phrase for a medicine meant to increase men's...
FaceofMalawiNEWS