The country’s major raw material for flour production, wheat, is being imported at 99 percent to meet local demand, Bakhresa Grain Milling has said. 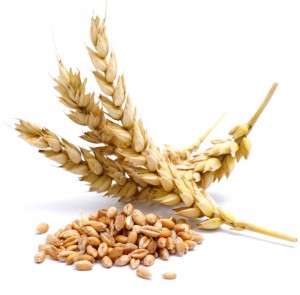 The company’s Sales Manager Elias Nyirongo said the country is able to produce only 1 percent of wheat resulting in wheat products being expensive and more forex spent on imports.

He said Malawi has the potential to produce wheat and reduce the quantity of wheat import.

“The potential is there for small scale farmers to produce wheat and save forex in the process,” he said.

Nyirongo further said as Bakhresa they previously made efforts to improve wheat production by supporting small scale farmers but still the quantity was not enough.

He said as a company they took an initiative to start cultivating the product in Namwera, Mangochi.

“We are currently cultivating wheat on a 500 hectare land but it is not enough as we are only able to produce 100 metric tonnes which is much lower than what we require per day.

“Our production capacity is 500 metric tonnes per day and you can see the difference,” he said.

Nyirongo said the company is expanding as it has acquired 650 hectors of land for wheat cultivation and also new machinery.

He said with the help of government farmers in various districts need to be sensitised on wheat farming in order to cut expenses on wheat products.

“We produce soya and maize for local and export markets as a forex earner and also we do export wheat bran to Zimbabwe and South Africa,” said Nyirongo.

Wheat is favourable in districts such as Mzimba, Rumphi, Mwanza, Neno, Mangochi, Mulanje, Blantyre and Chiradzulu.

The First Grade Magistrate’s Court in Mzimba has ordered...
FaceofMalawiNEWS