The public should expect reshuffles and reprogramming at the state run Malawi Broadcasting Corporation (MBC) as management has gone flat out to reclaim the institution’s lost glory, the newly appointed MBC Director General Benson Tembo has said.

Tembo’s remarks come hot on the heels of redeployment of some senior staff at MBC to different departments within the institution, a move which he said is aimed at revamping its operations. 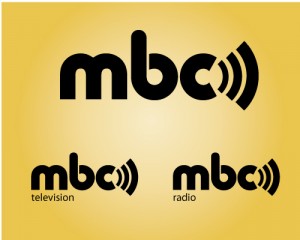 “Given the negative perspective that people had of MBC that even The Daily Times is aware of, it is a common expectation that change must be effected in order to bring back the institution to what it is expected of it.

“There will be [more] changes but these changes will only be made if they are necessary [and] will not only involve personnel but also programs, mindset, attitude to the profession, structures, controls and all that is required to make MBC deliver on its mandate professionally, effectively and cost efficiently” Tembo said.

Mzati Nkolokosa, who was Controller of News and Current Affairs will now head the newly merged Decelopment Broadcasting Unit and Research Unit and Mgeme Kalirani will now be legal officer.

Tembo was, however, non-committal to divulge which people have been and would be moved to which departments, saying that is an “in-house management issue” but he was quick to say no employee has faced demotion due to the reshuffle.

“No one has been demoted. People have just been moved to positions where they are challenged to provide appreciable output in a more conducive environment where they would perform better,” he said.

Tembo further dispelled suspicions that the reshuffles could be politically motivated, saying that line of thinking has the potential of redirecting the focus of the overhaul.

“While [those] people have the right to their opinions, that [political] connection is a false and erroneous opinion negatively concocted to blur the focus of the desired effort to redirect the corporation to its rightful and professional destination,” he said.

Commenting on the merging of the Research Unit and Development Broadcasting Unit (DBU), Tembo said since the DBU requires and involves a lot of research, bringing the two together is in itself strengthening the activities of the unit.