The hike, the biggest in recent years, comes into effect on July 1.

Last year, government employees got a 10-percent pay-rise just days before 19 people were killed when police opened fire during protests against the government of the late president Bingu wa Mutharika.

The salary increases stand out in a budget otherwise marked by reforms and austerity measures targeted by new President Joyce Banda, who took over after Mutharika died of a heart attack in April.

Donor grants will fund 53 billion kwacha of the 260-billion-kwacha budget while the rest will be raised domestically.

The budget was designed to “put the economy onto the path of sustained recovery, restore macro-economic balance and a market-based economy to underpin development objectives,” Lipenga said.

“Some of the reforms will be painful but we have been living beyond our means and have to take the difficult decisions that are necessary to stabilise the economy and to lay the foundation for sustainable economic growth in future,” he added.

Donors have been withholding aid worth $1 billion over the past year due to concerns over economic policy and human rights violations under Mutharika’s government but Banda has encouraged Britain and the IMF to change tack.

The country hoped the United States would resume funding for electricity projects after reforms, Lipenga noted.

Malawi’s 170,000 civil servants earn around $100 a month, low compared with the region but sought after locally. 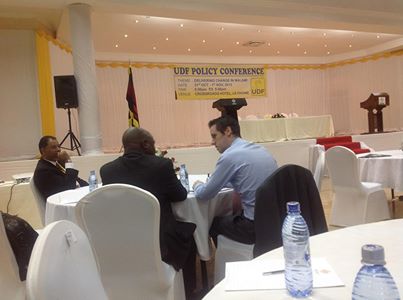