President Joyce Banda has been in office for over 100 days now. During her 100 days of tenure her prime duty was to reverse the obvious mistakes which her predecessor made.
Much as she considers the reversing of the mistakes of her predecessor within a short period of time as great feats which everyone should be clapping hands for, there are others who believe that those are not achievements worth pointing fingers at and bragging about.

There are schools of thought which believe that the president should not think the devaluation and floating of the Kwacha is an achievement, when it is an economic prescription from the donors which any sensible leader could have implemented two and three years ago. That school of thought believes that implementation of the obvious does not necessarily make one a star performer. The same applies to the repulsion of bad laws which Malawians even never wished enacted even in the first place.

Besides downplaying the reversals of the obvious mistakes of Mutharika regime, the critics also fault Banda for the continued deterioration of security in the country which has seen the rising incidents of murders, defilement, rape and armed robberies.

According to Banda’s statement yesterday, her critics are nothing but a bunch of ungrateful citizenry who have forgotten that Malawians were spending nights at filling stations waiting for fuel when the country was wallowing in economic woes.

We believe Banda just like every citizenry is justified to respond to the criticisms levelled against her administration. Like some others, we appreciate her administration’s achievements which include normalisation of Malawi’s strained diplomatic relations with some of its former allies, ensuring that fuel is available and repealing the bad laws that people detested so much. However, we believe, as a president, Banda should be a good listener instead of engaging in tit-for-tat verbal tirades with her critics calling them atsoka (cursed or unappreciative).

As a head of state, she should always remember that she is a leader of both her praise-singers and critics and it will be a huge mistake on her part to expect every citizen to be extolling her.

The presidency, and leadership in general, is not about receiving praises from all corners of the world, it is also about absorbing criticisms from the citizenry whose diverse expectations are not fulfilled. There are Malawians who want to know the president’s vision on numerous issues and her roadmap on the same and such people cannot be impressed by mere correction of the mistakes of her predecessor.

Such citizens are entitled to their opinions by downplaying what the president has achieved so far and still ask: What is Banda’s masterplan for the country and what strategies does she have to achieve that masterplan? The critics have the right to ask: How will Banda’s administration arrest the problem of insecurity? When they are asking such questions, they are not being ungrateful but are looking at things from their own perspectives.

Her administration has an obligation to engage such critics instead of hitting back at them at public podiums. That’s the mistake her predecessors made and the current government is free to make the same mistakes or avoid them. 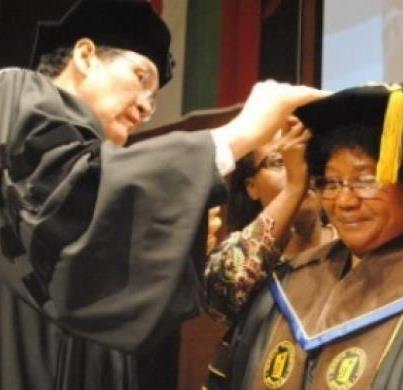 Doctor in Economics; A pimple in the heart of humanity