President Joyce Banda last week sent Minister of Energy and Mining Cassim Chilumpha to Kuwait to ask for the oil-rich kingdom’s financial assistance for acquisition of petroleum as the country runs out foreign currency to meet its import needs.

The Business Times has established that on Tuesday September 11, 2012, Chilumpha met Kuwaiti Deputy Leader and Crown Prince Nawaf Al-Ahmed Al- Jaber Al-Sabar at his Bayana Palace in Kuwait city over the request.

During the meeting, Chilumpha delivered a letter from President Joyce Banda to Kuwaiti Leader Sabah Al-Ahmed Al-Jabar Al-Sabar through which Malawi made a formal request for aid to help the country meet its fuel import needs.

In an interview on Monday, Chilumpha confirmed travelling to Kuwait for the fuel mission, saying the country was in serious need of resources for the acquisition of fuel supplies.

“What we are looking for is financial assistance not fuel although we are aware that Kuwait has petroleum resources in abundance. But we have no problems with sourcing of supplies. The problem we have is that of foreign exchange,” said Chilumpha.

He said the government of Kuwait has since indicated that its cabinet will soon meet where a decision will be made on the request from Malawi.

In April this year, the South African government provided the country with a US$35 million line of credit for the acquisition of fuel but the southern African economic super-power has since disbursed only US$10 million out of the facility.

Asked about progress on the South African deal, Chilumpha said his ministry was also waiting to hear from the Ministry of Finance which was handling the matter with their South African counterparts.

Malawi is currently receiving some fuel supplies from Zimbabwe as a repayment of a US$20 million loan Zimbabwe owed to Malawi following acquisition of maize from the country in 2007.

Zimbabwe struggled to repay the loan for several years until in May this year when the two countries agreed that the loan should be settled through fuel supplies.

The fuel shipments from Zimbabwe are expected to be completed by next month.

Malawi requires at least US$30 million a month for importation of fuel to meet the local market demand for the commodity.

However, the country has for the last two years experienced fuel shortages due to foreign exchange shortages which made it difficult for fuel companies to pay international suppliers.

Following months of improved fuel supplies, shortages have since early this month resurfaced in some parts of the country, especially in Mzuzu and Lilongwe where motorists have had to queue at pump stations due to limited supplies.

PEPFAR announces $5 million for Together for Girls 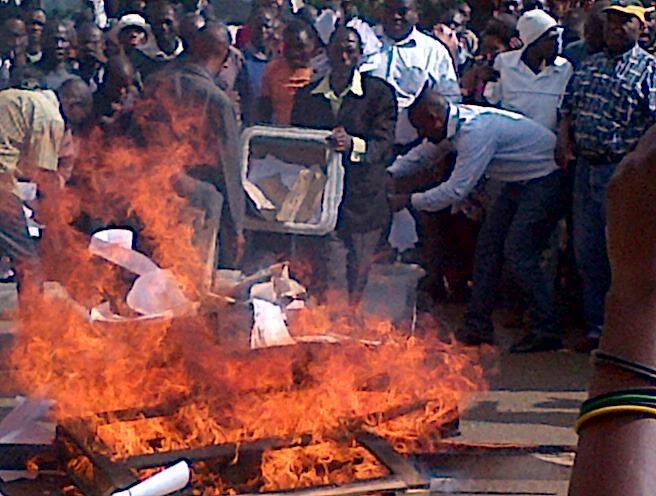