Incumbents rarely fail to get re-elected. You might think this is only true in African politics. It is not. Peruse the presidential history of the US, for instance.

So, will PP live this tradition?

If presidential elections were to be held tomorrow, People‚Äôs Party (PP) will carry the day. True?

Well, that is according to a survey by Afrobarometer‚Äî an African-led Network of survey researchers and analysts‚Äîreleased early this month.

There are reasons, of course, to take Afrobarometer seriously. Not just because it is independent and non-partisan. Rather, since its formation in 1999, it has expanded its coverage of African countries from 12 in 1999 to 35 in 2012.

In fact, there is even some touch of credibility in the survey‚Äôs findings judged from the scope of respondents. They interviewed 2 047 Malawians from Chitipa to Nsanje.

So do the results of the survey‚Äîconducted between 4 June and July 1, barely a month after the death of Bingu wa Mutharika‚Äîhelp to predict PP‚Äôs win in 2014?

‚ÄúThe results of the survey are only indicative of a possible vote intention. They are not conclusive of what would happen in 2014,‚Äù says Joseph Chunga, president of Political Science Association of Malawi (Psam), who also took part in the survey.

And he doesn‚Äôt stop there.

‚ÄúNo party is ‚Äòmiles‚Äô ahead in 2012. There is room for manoeuvre between now and 2014 as there are many undecided ‚Äòvoters‚Äô up for grabs,‚Äù adds Chunga.

According to the survey, 40 percent Malawians said they do not identify themselves with any party. While the North and South share 33 percent of people not affiliated to any political party, the Centre is the worst with 50 percent.

Certainly, despite enjoying the advantage of the incumbency and also an edge of support of others, this isn‚Äôt good news for PP. It shows in these two years, PP doesn‚Äôt just need to maintain its sympathisers. Most importantly, it needs, as well, to attract some, if not all, from the undecided 40 percent.

But can PP manage that?

And that possibility, he adds, is dependent on certain factors.

‚ÄúIt will depend, mostly, on two factors. One, the kind of leadership they will portray between now and 2014. And two, the kind of opposition block they will have,‚Äù he says.

Between 2005 and 2009, Malawi, just like today, was wrecked with economic turmoil. Millions were food insecure and the public purse was thin. But with time, Bingu wa Mutharika‚Äôs government rose to the challenge.

The result of that was the DPP landslide victory in the 2009 General Elections.

‚ÄúCurrently,‚Äù says Chunga, ‚Äúthe critical challenge facing the country is on how the economy is going. People are suffering and waves of industrial actions only bear testimony.‚Äù

The measure of PP‚Äôs leadership, then, is in coming up with policies that should ease the yoke of this ailing economy on the people.

It might be too early, of course, to judge its mettle. But some economic analysts have already questioned the plan‚Äôs authenticity.

‚ÄúERP or no ERP, Malawians want solutions to the current economic mess. We can‚Äôt continue being told that we are in this mess because of previous government‚Äôs fault,‚Äù says Chunga.

He adds that PP must provide solutions to the problems.

‚ÄúPP [should] come up with policies that should show that the economy will stabilise. Unfortunately, since they came to power, I haven‚Äôt seen that,‚Äù he adds.

Capacity of the opposition

So what is the nature of the opposition to PP?

‚ÄúUnless the opposition revamps itself, PP does not have a strong opposition. Additionally, it is in the interest of PP to have confused opposition parties,‚Äù says Chasukwa.

‚ÄúMCP is entangled in a web leadership crisis, a web there is hardly hope to believe it will come out any time soon. UDF, too, with factions doesn‚Äôt offer hope. The DPP‚Äîafter losing a number of MPs to PP‚Äîisn‚Äôt that strong. Despite that, I see DPP and UDF having a great chance to recruit and rebuild again,‚Äù says Chunga.

Of course, for UDF it is doubtful. Their division appears deep. There is hardly anything to hope for a reunion, but at least for DPP.

The party has been holding a series of rallies across the country, and the turnout has been impressive. Additionally, the return of the 60+ MPs to the party from the ruling PP is quite a boost.

Surely, with time, especially with the legacy that the party introduced the Fisp, DPP will turn out PP‚Äôs greatest challenger in 2014.

‚ÄúDPP, if it handles itself well, can, by 2014, become a strong alternative to PP. This will mean the power balance will swing,‚Äù adds Chunga.

From being non-existent in 2009, PP, riding on the advantage of the incumbency, has become the most supported political party in the country. Despite that, this support is not conclusive of what would happen in 2014. Almost 40 percent of Malawians are undecided; they are not affiliated to any party. 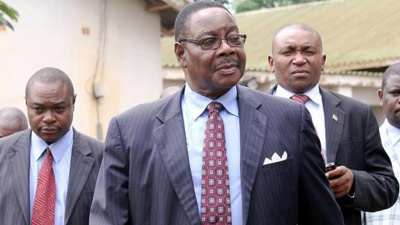 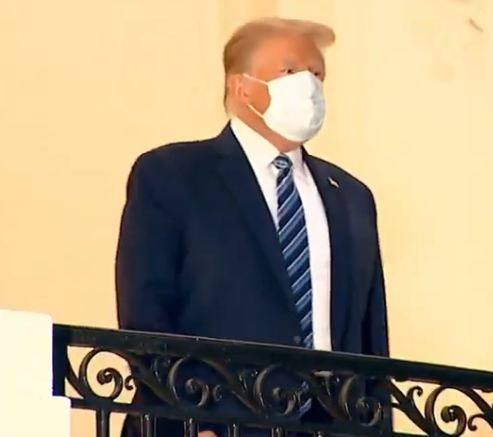