Two weeks have elapsed now after schools opened on September 3, but some school going children are still confined within the walls of initiation ceremonies commonly known as Ndagala in the local language in Machinga District.

Community members in Mangamba area, where many children are still going through the ceremony, seem not concerned about the development as the traditional counselors responsible for these ceremonies proceed with plans while ignoring the school calendar. There are rumors doing the round in the area that some children would be detained for the next three weeks.

Speaking in an interview, one of the counselors Nyadani Kaunde said there over 60 children still going through initiation in 7 villages. As the tradition dictates, children stay in the initiation camps for four weeks. This period could over step the school opening days if the ceremony started much later.

Apparently, culture is more important than school. ADRA Malawi facilitated a community dialogue session recently in the area to find the lasting solution on the matter. Discussions brought together chiefs, teachers, traditional counselors and parents. During discussion, it was revealed that some parents could not afford to buy new clothes for their children to wear as they graduate from the initiation camps. It is a traditional requirement that parents should provide new clothes at the end of the ceremony and any failure would mean that the child remain in the camp until clothes are bought.

It was further reveled during discussions that women especially parents to the initiates are engaged in a ceremony known as Litiwo, where woman participate by dancing to cerebrate the initiation of their children. This type of ceremony is done a few days before the children graduate but when Litiwo delays it affects the graduation, forcing children to miss classes.

When concluding discussions chiefs pledged to convene meetings and decide deterrent measures and punishment for any parent who would delay the child to go to school.

Meanwhile, Blantyre based Primary School Education Advisor Charles Chaima has advisors chiefs and parents to put education as priority for children. Mr Chaima was speaking on Zatonse Radio Program on the same matter.

English may become primary language in Malawian schools, though not everyone is keen

Malawi Economic and Social Development: Government Cannot Do it All by Themselves 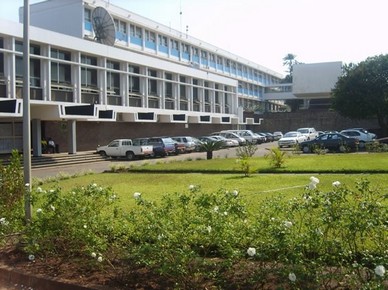 Chanco and Poly To Be Re-opened in 2 MONTHS Time.