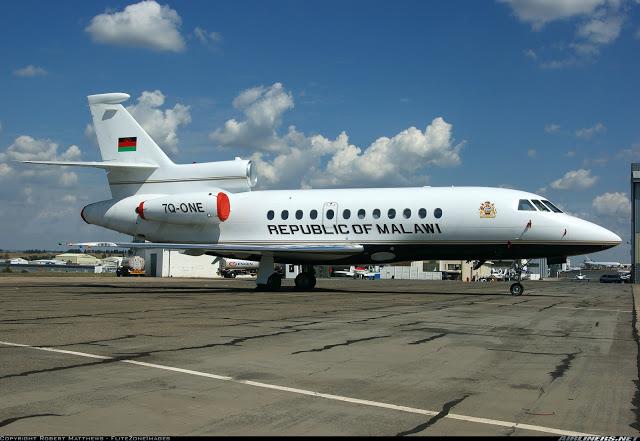 Malawi’s cabinet committee tasked to handle the fate of the controversial presidential jet has finally recommended selling the aircraft and not leasing it as initially proposed.

Both Finance Minister Ken Lipenga and Presidential spokesperson Steve Nhlane confirmed of the decision saying the committee found it expensive to lease the aircraft.

“The cabinet committee weighed the options and decided to let go of the plane” said Lipenga.

He said government was yet to decide on what to do with proceeds from the sale.

On his part, the presidential spokesperson said the cabinet committee is in the process of inviting interested bidders to purchase the Jet, a Falcon 900 EX, purchased at a reported US$22 million by the late president Bingu wa Mutharika administration.

The jet is currently lying idle at Chileka airport according to Air Malawi CEO Francis Chilambe.

Purchase of the Jet in 2010, sparked controversy as some quotas argued it was an extravagant expenditure at a time of economic uncertainty.