Reserve Bank of Malawi (RBM) has disclosed that some measures government adopted to bring back the economy on track are permanent policy measures that will not be removed even when the economy improves.

Malawi Government last year (2012) floated the Kwacha and introduced an automatic pricing mechanism on fuel in a bid to revive the country‚Äôs ailing economy.

However, the development sparked criticism with observation from some quarters that the measures had only helped to raise commodity prices and caused the exchange rate regime to be unstable.

But Ngwira said although the two measures were introduced to stabilize the country‚Äôs economy, they would not be removed even when the economy improves.

She said this is because people will not complain of the economic hardships which are perceived to have been brought by the two measures as the Kwacha will have stabilized.

‚ÄúZambia left their Kwacha to float and introduced automatic pricing mechanism some 20 years ago when their economy was not doing well.

‚ÄúWhen their economy stabilized they did not abandon the policies since people did not complain any more of the hardships they used to face before,‚Äù she said.

She also said the huge debt amounting to over K20 billion which the current administration had incurred on fuel prompted the introduction of the APM in order to generate funds to repay the debt.

‚ÄúMalawi incurred a huge debt of over K20 billion so to reduce that debt she introduced a stabilization fund and the APM was brought in to help reduce the debt that was there when fuel prices were fixed,‚Äù she explained.

On proposals to subsidize the fuel price as a way of making commodity prices affordable, as raised by some participants in the meeting, the deputy reserve bank governor said that would jeopardize some important programs which would have to be suspended to accommodate the subsidy.

‚ÄúIt‚Äôs a choice that people have to make whether to subsidize fuel instead of other services like drugs in the hospitals. So as you can see, if we subsidize one product, another [equally important] product suffers. It‚Äôs a question of prioritizing,‚Äù she clarified.

On his part, Deputy Minister of Finance, Dr Cornelius Mwalwanda asked the private sector to seriously start thinking of penetrating foreign markets as a way of reducing forex shortage in the country.

He said the private sector is an integral part of the economy saying that was why government wanted the sector to continue being the engine of economic growth of the country.

‚ÄúWe want the private sector to come forward if they see any potential in the foreign markets so that government helps them in facilitating such deals,‚Äù he said.

The pre-budget consultation meeting attracted various organizations and individuals from different sectors of the society including economists, business captains, the civil society, the academia and religious institutions among others. 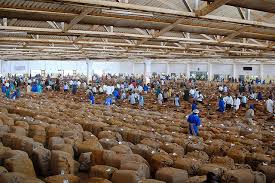