â€śA consideration should also have been made to even reduce the percentage from 30 to 20 per cent for the next K5, 000,â€ť he said. â€śThis could reduce the burden of the already poorly paid workers to have a higher take-home pay.â€ť

â€śWith the implementation of the national decent work agenda in Malawi, the budget should have highlighted meaningful implementation strategies which have been put in place to achieve this,â€ť he said.

Kalichero said the agenda â€“ which has been set up to harmonise salaries and working conditions in the civil service – is a vital tool for the country in terms of uplifting people from poverty.
â€śAnother crucial area is labour inspections and recruitment of human resource to close gaps in the civil service,â€ť he said.

â€śIn support to this, MCTU feels that it would have been appropriate if the 2013/14 budget had catered for tripartite social dialogue meetings which used to take place between government, employers and workers,â€ť he said.

â€śIt is at these meetings where consultations on such issues as the South Korea/Dubai labour export could have been tabled rather than hearing reports in newspapers,â€ť he added. â€“ By Gregory Gondwe 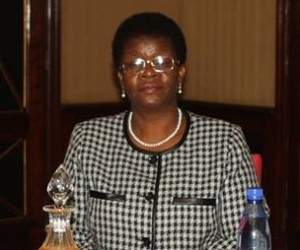