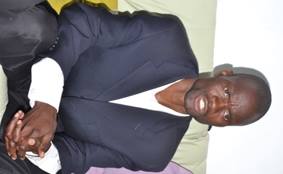 Consumer Association of Malawi (Cama) has announced that it will begin a vigil against the current government on the 17 of this month.

Cama says it has resolved to hold the vigil since the government has not addressed the concerns they raised in the January 17 petition on Kwacha floatation, declaration of assets, presidential travels among others. – By Simeon Maganga

Photo of Makuwa by Lazarus Nedi

One thought on “CAMA Planning another vigil on 17th June, but why?”