It must have been an honour for President Dr. Joyce Banda to have spoken at Mandela’s funeral, and oh! What a speech it was.

It must also have been an honour for the four Malawian men who assisted in digging the grave in which the statesman, Mandela, was to laid to rest.

However, much as it was expected to be an honour to the Malawian men who were part of the grave diggers, their honour turned into sorrow as they were apprehended by the South African police for being illegal immigrants.

Unlike their friends who were apprehended a fortnight ago at Lucius Banda’s show, these were nabbed after the statesman had been laid to rest. 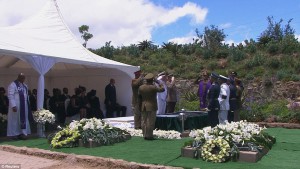