The African Forum for Heads of state and Government mediating the border row over Lake Malawi and Tanzania is expected to issue its findings in early March.

Ministries of Foreign Affairs and International Cooperation have confirmed that their teams will travel to Maputo, Mozambique to meet Mediators.

Last year November, Malawi and Tanzania presented ┬Ātheir responses ┬Āto the questions the forum posed to the two sides on the matter.

Spokesperson in the Minister of Foreign Affairs and International Cooperation, Quent Kalichero said the forum had ┬Āinvited Malawi and Tanzania to Maputo to a meeting scheduled for February 22 and 24 this year.

But our counterparts suggested to postpone it because they had prior engagements. We are going to be invited again. so it could be true we are meeting soon”, he said.

Meanwhile Minister of Foreign Affairs and International Cooperation Bernard Membe on Thursday said the panel of the forum deliberating on the issue had called for the meeting early March.

He appealed to Malawi to show up as evidence was already presented before panel which he believes will let justice prevail on the border dispute.

” In case we will be dissatisfied with the decision of the panel, the matter will be taken to the International Court of Justice”, Tanzanian Daily news paper wrote.

Malawi and Tanzania are locked in a border dispute which risks the┬Ā relationship between the two countries. 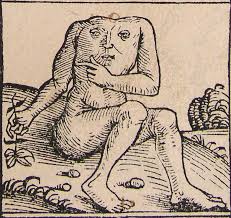 Men who beheaded a Ndirande girl now in jail